Although TMEIC's products and services are not directly visible in everyday life, they contribute to the Indian society, and the lives and livelihoods of Indian people through technologies that have been passed down for more than 100 years in social infrastructure and industrial fields.

Toshiba Mitsubishi-Electric Industrial Systems Corporation (TMEIC) was established in 2003 by integrating the industrial systems and power electronics divisions of Toshiba Corporation and Mitsubishi Electric Corporation along with the rotating machinery division, which was already undergoing development at that time as a joint venture between the two companies. TMEIC handles the engineering of various electrical machinery and facilities as well as produces and sells electrical products such as monitoring control systems, motors, and drive systems, predominantly for the manufacturing industry. In addition, TMEIC has been actively developing and expanding business in other areas in recent years, notably renewable energy related systems that include PV inverters for solar power generation systems and energy storage systems.

Although TMEIC's products and services are not directly visible in everyday life, they contribute to the Indian society, and the lives and livelihoods of Indian people through technologies that have been passed down for more than 100 years in social infrastructure and industrial fields. 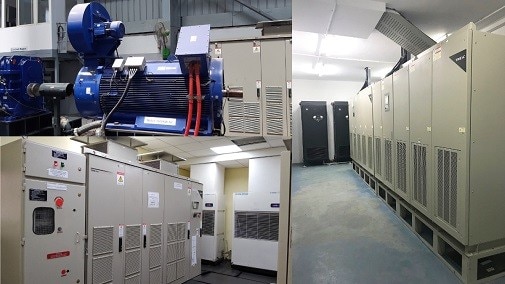 There is a strong movement toward decarbonization in India with the aim of becoming a carbon-neutral society, and TMEIC is playing a major role in this effort. As a leading company in PV inverters, TMEIC is among the top three in terms of share in the Indian market. The state-of-the-art inverter manufactured at the Tumkur factory in the State of Karnataka is supplied not only to India but also to North America and other parts of the world to support photovoltaic plants. TMEIC's efforts to reduce environmental burden and contribute to the attainment of the United Nations Sustainable Development Goals (SDGs) extends beyond solar power generation. As an example, it is now mandatory for power companies in India to desulfurize their thermal power plants as a means to protect the environment, and as a result, there has been a surge in the adoption of TMEIC's motors manufactured at the factory in Tumkur. Besides this, TMEIC motors and drive systems are being used in water-related applications such as lift irrigation for the supply of water indispensable for the lives of local people and agriculture. 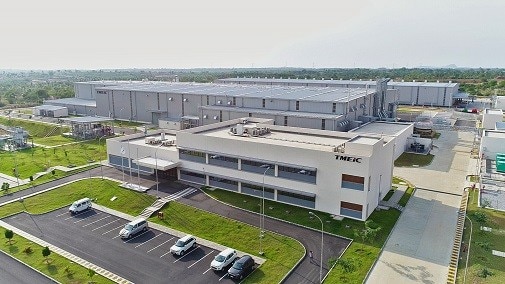 TMEIC has a cutting-edge industrial motor factory and a power electronics factory in India that serve as supply bases not only for the Indian market but also for the global market. In this sense, TMEIC is creating unique added value in India that other companies cannot emulate. While also boosting production capacity, TMEIC is contributing to the Indian society and the global community with the aim of driving new growth based on the "Make in India philosophy", with localization done in India applying Japanese technology. Managing Director Hemant Joshi of TMEIC Industrial Systems India Private Limited (TMIND), in charge of TMEIC's Indian operations, in conversation with Business Today, said: "TMEIC in India recently celebrated its 10-year anniversary. We continue to grow at a fast pace while  not only providing the latest industrial solutions based on technology and knowledge from Japan and India to the local market but also fulfilling our role as a supply base for the global market. Despite the worldwide chaos caused by COVID-19, you can expect to see TMIND continue contributing to the business of our customers by leveraging our extensive global know-how and the spirit of India." President Masahiko Yamawaki of TMEIC also commented: "The world has started to move forward towards a new future amid the coronavirus pandemic. TMEIC commands products and technologies, that can help realize a carbon-neutral world, including PV inverters for renewable energy, power electronics technologies and products required for stabilizing power systems and sources following the proliferation of renewable energy, and energy-saving motors featuring reduced power consumption. TMIND and TMEIC are committed to doing their best to help achieve the global goal of carbon neutrality."