An electronic dance music festival held annually at Candolim Beach in Goa held from December 27 to 29. India's finest and most respected food and wine exhibition and more...

Four Tet Concert
Four Tet's Meredith Music Festival in Sydney will be held for one night on December 8th at The Metro Theatre. Accompanying him are Stones Throw's Jonti, who returns home for his first show after touring the US, and local acts Albatross, whose new sound compliments Four Tet's hypnotic rhythm perfectly.
Website MetroTheatre.com 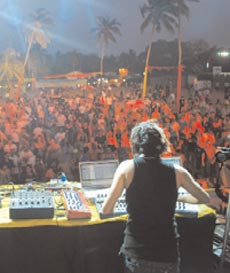 Sunburn Festival
An electronic dance music festival held annually at Candolim Beach in Goa, Sunburn is an amalgamation of music, entertainment, food and shopping. It was ranked by CNN Travel as the ninth best festival in the world. Although this year saw it trying to establish itself in New Delhi as well, the Goa edition remains unparalelled in popularity. Held from December 27 to 29.
Website Sunburn.in

Upper Crust Food And Wine Show
India's finest and most respected food and wine exhibition, the 10th edition of the Upper Crust Food and Wine Show will serve up delectable offerings for food lovers between December 14 and 16 at the World Trade Centre in Mumbai. Attend for in-depth discussions on the art of eating, drinking and cooking.
Website TheUppercrustShow.com 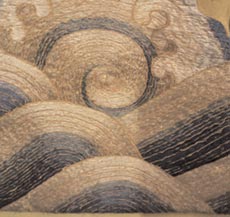 Art Asia
The fifth edition of the international Asian contemporary art fair will return to Miami with new and exceptional artwork by Asian artists from around the globe. The fair will be held between December 5 and 9. For the first time in its history, Art Asia will introduce a section dedicated to contemporary art from South Asia.
Website ArtAsiaFair.com