Want a Bhojpuri movie dialogue as WhatsApp status or save someone elses Instagram stories? These apps have it all sorted out

Raveena Vellore, an 18-year-old student at Manipal Institute of Communication, is an average millennial who spends considerable time browsing social media feeds. This, however, involves a lot of jugglery, as she moves between apps, replies to friends on Snapchat and watches Netflix, all at the same time.

It is not easy. So, to remain on top of her social media game, she has hit upon some innovative apps. Bitmoji, for instance, helps her send instant replies to friends in the form of interesting stickers while she is binge-watching her favourite show. Bitmoji - developed by Canada-based Bitstrips and acquired by Snapchat's parent company Snap Inc. in 2016 - helps users create personalised virtual avatars with witty commonly used phrases.

Bitmoji is not a one-off. The app world has tens of tools to support either one or several social networks. Some of the more popular ones in India are Vidstatus, VMAte Status, Status Saver, Parallel App Lite, FastSave, Chat Bin, TubeMate, Video Downloader for Facebook and Messenger for Social App. Vidstatus helps you download 30-second video clips of movies that can be used as WhatsApp Status or sent as a message. The app, according to New York-based app analytics company Similarweb, had 1.62 million daily active users in India in May.

Chat Bin can help you recover deleted chats, while Messenger for Social Apps lets you manage all messenger apps on one platform. However, some of these apps might not be completely ethical. For example, Parallel App Lite lets a user clone any app on his phone; TubeMate helps users download YouTube videos; FastSave saves Instagram pictures; Video Downloader for Facebook enables users to save videos on Facebook.

Most of these apps have three ways of monetising - advertisements, brand integrations and when a user subscribes to get ad-free usage. The third option is not that popular in developing markets like India, says Manish Chitkara, COO and Co-founder at app distribution platform MoMagic.

Hanish Bhatia, Senior Analyst at Counterpoint, says some of these apps gain a number of active users when they start out, and once they have the numbers, look for funding. At times, as in the case of Bitmoji, they might be acquired by a bigger social media player. But such acquisitions are rare.

Chitkara says their future is not sustainable "unless the application is able to enhance stickiness to social media apps and, thereby, increase their usage, making them more fun to use, and thus create a unique space for itself and ample opportunities for growth." IGTV, Instagram's move to promote long-form videos, will now provide support for landscape videos too. "Ultimately, our vision is to make IGTV a destination for great content, no matter how it's shot, so creators can express themselves how they want," the social network said. The move comes after users complained about shooting in a proprietary format that is often difficult to reuse. 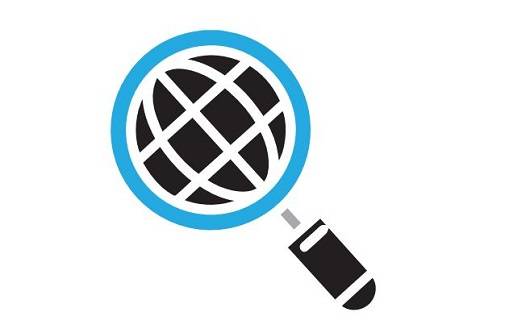 Google has inched a step closer to augmented reality following the launch of its AR Beauty Try-On, a feature which will enable users to try on cosmetic products as they watch makeup tutorials on YouTube in a split-screen set-up. Despite being in the infant stage of app development, M?A?C cosmetics is the first company to launch an AR Beauty Try-On campaign using this feature Twitter has announced that it has removed the feature of tagging a precise location in tweets to "simplify your Tweeting experience." However, this feature will still be available for photos in the updated camera. The function was added in 2009 to provide advanced geo-tagging capabilities, but the advent of hashtags and trending topics made the feature obsolete.

More than a third of internet users say they follow their favourite brands on social media, while one in four follow brands which they are thinking of making a purchase from, says a global study by GlobalWebIndex

To prevent misuse of accounts, short video-making app TikTok has announced a new "Device Management" feature that will give users in India complete control of their account. This will enable them to end sessions or remove their accounts from other devices within the app interface, facilitating a safer experience.

More from The Buzz