One year after GST, industry numbers suggest that the very small FMCG players are struggling; only the mid-level brands are left to give competition to national players.

Jayesh Shah runs a wholesale-cum-retail grocery shop in Navsari, Gujarat. He claims he is one of the lucky few traders who emerged victorious from demonetisation because he was as comfortable with cheque payments as he was with cash. Now, in the Goods and Services Tax (GST) era, he proudly says he is GST compliant, though he murmurs in Gujarati that his costs have doubled due to GST. Filing monthly returns, hiring an accountant and having a resource who is computer friendly have added to his expenses. But as one gets into a conversation with him, one realises that GST has changed the way he does business.

Till a year ago, he was keen to push locally manufactured brands. If a person came for a Rs 10 soap, he would give him a lesser known brand such as Santosh even though he kept all major national brands such as Lifebuoy, Hamam and Godrej No.1. The local manufacturer gave him higher margins and longer credit compared to the established national brands. Similarly, in namkeens, he preferred regional brands such as Gopal Namkeen to the more established regional brands such as Balaji Wafers. The likes of Kurkure and Bingo were seldom seen. Now, things are different. "Aaj kal bade comapaniyon ke saath dhanda karne mein zyada maja ata hai," Shah says in Gujarati accented Hindi.

GST has turned the tide in favour of the bigger companies and sales of locally produced brands have dipped by close to 30 per cent, he says. The latter are unable to give the kind of margins they used to offer in the pre-GST era. The reason is simple - most of them never paid taxes earlier. GST has brought them into the tax net. "It's not that the likes of HUL or Dabur are paying us higher margins after GST. But if we sell Rs 50,000 or Rs 100,000 worth of their products a month, they pay us 2-4 per cent higher margins. The local brands give us nothing," says Devi Das, a wholesale grocery dealer.

It is the same story down south in the outskirts of Bangalore where the big FMCG brands from HUL and Dabur to ITC are winning. "The distribution of local masala, snack and detergent brands has gone down by 50 per cent. Since none of them can afford to hire distributors, they come directly and dump their products with us. Many haven't come to take them back. They have vanished," says R. Shyam, proprietor of Raju Provision Store in Ramanagara, off the Mysore-Bangalore highway. In the commercial city of Indore in Madhya Pradesh, known for its namkeen brands, a number of players vanished for almost six months after GST was introduced in July 2017. These were companies (revenue usually less than Rs 1 crore) that had avoided paying taxes and did cash transactions with wholesale trade. Though most are back in action, they either continue to avoid paying taxes or account for just 10-20 per cent of the merchandise sold. A chartered accountant, whose business has grown by leaps and bounds over the past year or so due to traders' GST-related woes, says local brands, which give tough competition to national brands, have found ways of evading GST. "They have even managed to evade the E-way Bill. Instead of trucks and containers, they have found a way to transport goods in Volvo buses," he says.

A detergent manufacturer in the industrial area of Rahu on outskirts of Indore says despite being GST compliant, the wholesaler at Indore refuses to stock his brand unless he accepts cash or agrees to wrong billing. "I am also facing a problem at the ingredients supplier's end as he doesn't have a GST number," he says.

Small businesses are struggling to pay GST. The government, in response to their complaints, has increased the GST exemption limit from Rs 20 lakh to Rs 40 lakh. But will it help? A bulk of small manufacturers and traders are not used to paying tax at all, and that's where the problem lies.

No wonder GST collections dropped to Rs 94,726 crore in December 2018 from Rs 97,637 crore in the previous month. The collections in April last year were as high as Rs 1.03 trillion but dropped steeply to Rs 94,016 crore in the subsequent month and have been hovering around Rs 94,000 crore and Rs 96,000 crore thereafter.

While traders in small-town India seem to be struggling with GST, data from research organisations shows growth in the overall business of regional brands quarter on quarter. As per a recent report by Nielsen, sales of regional FMCG manufacturers (as of Q3 2018) have grown more than 20 per cent in the last three quarters. This increased their contribution to FMCG sales to 4 per cent in the July-September quarter from 3 per cent in the year-ago period. These regional brands, mostly in packaged food, clocked 31 per cent growth in MAT (moving annual total) in September 2018 (versus the year-ago period), three times more than the growth witnessed by the national players, as per the report.

Though at first glance this negates what the traders say, this growth in regional brands has been led by the mid-level players, who seem to have grown at the expense of the really small companies. "Demonetisation was a bigger hit for the long tail because they are quite dependent on wholesale trade. When demonetisation happened, some of the bigger players had other mechanisms such as modern trade, but the smaller regional companies suffered," says Sameer Shukla, Executive Director, Nielsen. 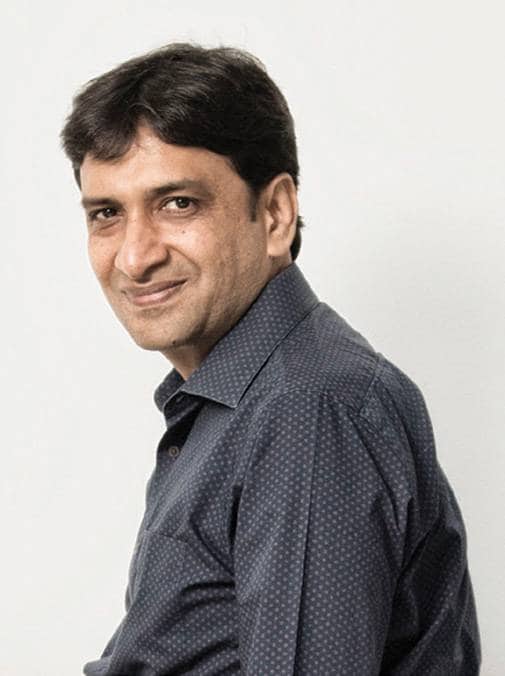 The regional players that have revived after demonetisation are medium-sized businesses. The turnover of these companies is between Rs 200 crore and Rs 30 crore. "Mid-sized regional brands in the revenue bracket of Rs 25 crore to Rs 30 crore have made a comeback. After suffering initial pains, they have made themselves GST compliant and are back in business," says Amit Kumat, Chairman and Founder and CEO of Indore-based snack company Prataap Snacks. Kumat says many sub-Rs 5 crore brands continue to struggle despite being GST compliant as bigger brands with deep pockets and wider distribution networks have taken over. They may be getting input credit but are unable to match the might of the biggies. "The smaller brands have not vanished but are struggling. Even reasonably large businesses such as ours came under pressure as the wholesale community took time to become comfortable with GST. We haven't grown the way we ought to have."

One example is the ice-cream industry in Gujarat, which sees a lot of manufacturers who operate informally and don't pay taxes enter the market during summer months. The 2018 summer saw fewer of them do business, says an ice-cream cone maker in the outskirts of Ahmedabad. "My business saw 15 per cent growth and much of it came from organised players who are there throughout the year." GST, says Rajesh Gandhi, Managing Director of Ahmedabad-based Vadilal Ice Cream, has made life simpler for organised ice-cream manufacturers. "Now there is ethical competition. The unorganised companies may not be out of business but they are surely impacted."

The founder of a Gujarat-based beverage company says that while the organised sector has benefitted, GST has fractured the age-old methods of doing business in smaller markets. "The village economy operates on cash, not on credit card. If a farmer gives Rs 10 to a shopkeeper in a village, that shopkeeper gives it to the distributor, and by evening the distributor will have bulk cash to give to the stockist. Now there is a brake on such transactions. Most people in villages deal in small cash, and they obviously can't pay by cheque. So, GST may seem like a great move, but there is an entire economy in villages that has been badly impacted."

GST has been a win-win for the agile regional brands, says Aditya Rath, Partner, Consumer Practice, KPMG. "Our hypothesis is that regional brands are going to be dominant and it is a matter of time before they achieve scale. We are looking at brands which are Rs 25 crore to Rs 100-150 crore." Rath's view comes on the back of the fact that GST has made transportation and supply chain more efficient. Therefore, a dosa-idli batter brand in Chennai can now easily make inroads into neighbouring Chittoor or even Kerala. Sridhar Gundaiah, founder of the rural distribution company, StoreKing, agrees. "GST has helped smaller brands enter new markets." He cites the example of a detergent soap brand, Sundari, which sells in Shimoga, Davengiri and Chitradurga regions of Karnataka and is more successful there than Rin or Wheel. "It is GST compliant and has a golden opportunity to expand to adjacent geographies."

However, the challenge will lie in the ability to spend on marketing and distribution. "You will have national and international brands going into these markets aggressively. GST has de-clogged the supply chain. You will also see more Indulekha (hair care brand out of Tamil Nadu bought by HUL) kind of acquisitions," says Rath.

The real challenge for the absolutely small, unorganised regional businesses, says Rath, will be living up to the quality standards of the bigger players. "The wholesaler knows further down that he won't be able to push the product as he is getting a similar product at a marginally okay price point but with exceptionally great quality," says Rath.

Though a large number of regional players have made a comeback, as the Nielsen data suggests, whether they will be able to bear the intense competition from the biggies in the long run needs to be seen.

More from The Hub