If Delhi is the food capital of the country, Mumbai is certainly the street-food capital of India. There's nothing better than pani-puri, vada pav, bhelpuri, missal pav, pav bhaji etc had on Juhu Beach.

Period! And contributing a great deal to Mumbai's comfort food offerings is the iconic Shiv Sagar restaurant that's been whipping some delicious delicacies along with its special sandwiches for quite a while now.

The good news for residents of the capital city is that Shiv Sagar is now in Delhi. The better news is that food here tastes as amazing as it does in Maximum City.

My meal at Shiv Sagar began with a selection of fresh fruit juices served in small test-tubes. There was orange, lime, pineapple, pomegranate and watermelon and each of them tasted natural and appetising.

Next was Sev Puri which was a good start to the meal. It was bang on in terms of both taste and spice quotient. One of my favorite parts of the meal was Chili Idli.

It's a recipe that I was introduced to by my mother who was hell bent on making me eat idli for some reason even though I find it abhorrent.

I loved this spicier version of the rice preparation and was delighted to find it in the Shiv Sagar menu. As expected, this one too was wonderful. You just have to try it no matter what!

Next in line was Mumbai's own Vada Pav. Though a tad bit low on spice, it was nevertheless enjoyable. The Pav Bhaji was another of my absolute favorites. Anyone who's tasted authentic Pav Bhaji in Mumbai would agree with me on this- Delhi doesn't know how to get it right.

Here the Bhaji is more like a mixed vegetable dish and the joy of eating authentic bhaji sitting in Delhi was like no other. Thank you Shiv Sagar for just that!

Bermi Aloo Sabzi served with Pooris was a bit disappointing though. I guess it's safe to assume that Delhi does aloo ki sabzi better than anyone else. 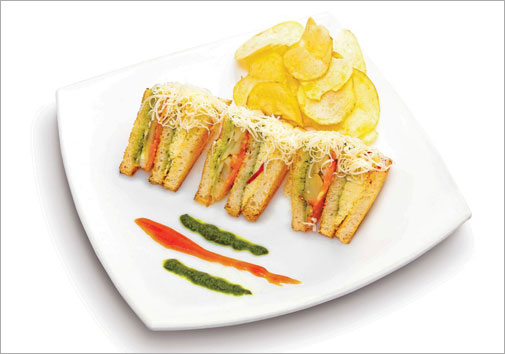 Replicating the same effect that you've had in one city into another can be tricky. Especially when the two cities are as different as Delhi and Mumbai! But Shiv Sagar seems to have got the trick right.

Head to the restaurant for simple, delicious fare and enjoy the treats on offer.