Robotics researchers have come up with a practical solution to help those who are ill, elderly or differently abled.

If there is one field of technology that requires acceleration, it is assistive robotics. There are many ethical considerations to wade through in other areas of robotics research, but the one that would meet little opposition from watchdogs is assistive technology that helps people who need it and make their everyday life manageable or even bearable.

Siddhartha S. Srinivasa, the Boeing Endowed Professor at Paul Allen School of Computer Science and Engineering at the University of Washington, is developing a robot to help those who are ill, elderly or differently abled and cannot feed themselves. Being dependent on others for such a basic function often leads to an acute sense of helplessness and loss of dignity. However, a specially designed assistive dexterous arm, or ADA, is set to address this pain point.

When activated, this versatile automaton simulates human motions to identify, pick up and deliver bite-sized food items with the help of its special fork and uses different techniques depending on the nature of the food. ADA is further guided by its on-arm camera and tactile sensor and can be fitted to a wheelchair. The research was published in a series of papers and also in the IEEE Robotics and Automation Letters. If it can be mass produced, such a robot could relieve caregivers of routine tasks and help them focus more on critical aspects.

Creating a feeding robot had not been easy. The research group at the Paul Allen School thoroughly studied how people ate and took into account all nuances so that ADA could help even when a person eats awkwardly. The team carefully measured every mealtime movement such as how people use their forks to pick up a morsel of food and quickly found that there was no fixed way of doing it.

Everything depends on several factors, including the nature of the food item, the shape and size of the piece and even its position. For instance, a cube would be picked up and eaten differently than a piece of carrot. The data gathered was fed to ADA and it was then repeatedly trained to skewer pieces of food with its arm and take it to the recipient's mouth. Even the angle at which it was done depended on the type of food and other things. Using cameras also added to the ability to get the task done just right. The outcome can be seen in an online video that features how the arm feeds different types of food from a plate.

Another independent research project managed to train a robotic system to use tools and leverage novel objects for improvising. As per MIT Technology Review, Chelsea Finn, a researcher at Google Brain, and Sergey Levine, an Assistant Professor at the University of California, Berkeley, created a unique set-up - a combination of a robotic arm, a computer connected to a very large neural network and a camera. Then the robo had to observe plenty of human movements and behaviour to understand how to use an object even in a new situation. While the robot could use simple things such as a broom and dustpan and a duster, it also managed to use a longish bottle to sweep the floor when the cleaning implements were not available. 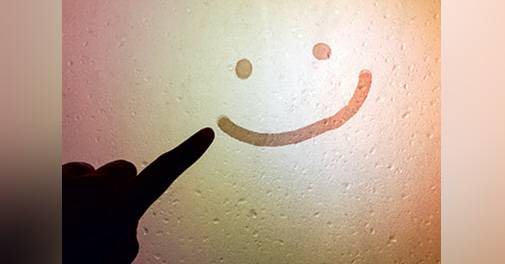