BT More brings you a list of the very best in entertainment in January, from movies to music to books.

A look at the very best in entertainment this January.

MOVIES
A look at the very best in entertainment this January.

Here's a little something to cheer up all the guys who still haven't gotten over Johnny Depp dropping out of Sin City 2 (as able as his replacement, Joseph Gordon Levitt, may have been). Here, the What's Eating Gilbert Grape star plays a debonair art dealer who has to traverse the globe in a race to recover a stolen painting that may contain the key to uncovering a big pile of Nazi gold - all the while juggling angry Russians, a British MI5, an international terrorist and his impossibly leggy wife. Will our mustachioed hero hit the bigtime? Watch on.

THE WOMAN IN BLACK 2

As London burns in World War II, school teachers Eve Parkins (Phoebe Fox) and Jean Hogg (Helen McCrory) escape with a group of children to remote Crythin Gifford. But when the group takes up residence at the Eel Marsh House, Eve realises that the place also shelters an ancient evil presence that will not be ignored.

A submarine captain, played by Jude Law, makes a deal with a shadowy backer to look for a sunken submarine, rumoured to be loaded with gold. But greed can do lots, including murder. Soon, the adventurer realises that the treachery of the Black Sea is nothing compared to that of his own companions. You wouldn't know Ajay, but he's probably the reason you're still alive. While foiling a terror plot, the officer - one of the best men in the covert Counter Intelligence Unit - discovers a major threat to the nation. What follows is a high-tension chase across Kathmandu, Istanbul, Abu Dhabi, Delhi and Mumbai aimed at eliminating a terrorist organisation that wields control over the entire world. An Akshay Kumar-starrer for action movie buffs. 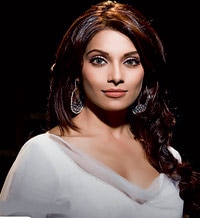 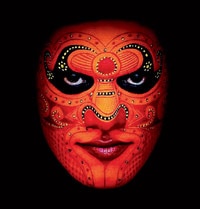 When Roger Waters left Pink Floyd in 1985, many hailed it as the death of the band. But no, it carried on with David Gilmour at the helm, even achieving a certain degree of success with The Division Bell in 1994 and giving everybody an illusion of musical eternity. On November 7, the band came out with The Endless River, a swan song for deceased keyboardist Richard Wright and an announcement that it was time to pull down the curtains on the greatest progressive rock band of all time. An album predominantly populated by instrumentals that remind you of stuff from The Dark Side of the Moon, 'Louder than Words' is the only song with a lead vocal track, with lyrics by Polly Samson. It starts with the theft of a car, followed by the mowing down of dozens of unemployed people at a Midwestern job fair. It's up to retired cop Bill Hodges to stop 'Mr Mercedes', a face as mysterious as its motives. Believe it, even good ol' Christine wasn't this murderous. Grace Elland knows things aren't going well when she finds her boss, a motivational speaker by occupation, dead next to a vodka bottle. She retreats to her hometown to recuperate, little knowing that greater horrors await her there. If you thought the Da Vinci Code was blasphemous, get a load of this neverbefore-told story about sex, poison and lesbian initiation rites in a 19th-century convent. Not for the squeamish, definitely not for prudes.