Kia Sonet comes with a number of first in segment features such as 10.25-inch AVNT, an automatic variant in diesel, smart key remote engine start (both in AT and MT transmission), front row driver and passenger ventilated seats with an India first smart pure air purifier with virus protection

Just like in the bigger Seltos SUV, the car is being offered in two trims-tech line and a GT line, and will come with a host of engine and transmission options

South Korean carmaker Kia Motors on Friday launched its much anticipated compact SUV Sonet at a price tag of Rs 6.71-11.99 lakh as the company looks to tap into one of the most promising segments in India's automobile industry. Kia hopes to sell at least 100,000 units of the car in the domestic market in the first 12 months and export another 50,000 units during the period.

The Sonet locks horns with the likes of segment leader Maruti Brezza, stablemate Hyundai Venue, Tata Nexon and Mahindra XUV3OO. It will also see increased competition in the next few months with the addition of new models like the Toyota Urban Cruiser-a cross badged product based on the Brezza, Nissan Magnite and Renault's new model based on it and an offering from Czech carmaker Skoda based on its Vision IN concept vehicle showcased at the Auto Expo earlier this year. "Given the enthusiastic reception it has already received, we are extremely excited about introducing Kia's latest made-in-India car for the world, the Sonet, in India. The aggressive pricing has been arrived at to bring delight and offer incredible value to the young and the young-at-heart customer of the Sonet," said Kookhyun Shim, MD and CEO at Kia Motors India. "As our endeavor has been to ensure there is a Sonet for virtually all customers in this category, it is being offered with the widest choice in this segment. We are sure it will revolutionize the compact SUV segment in the country." 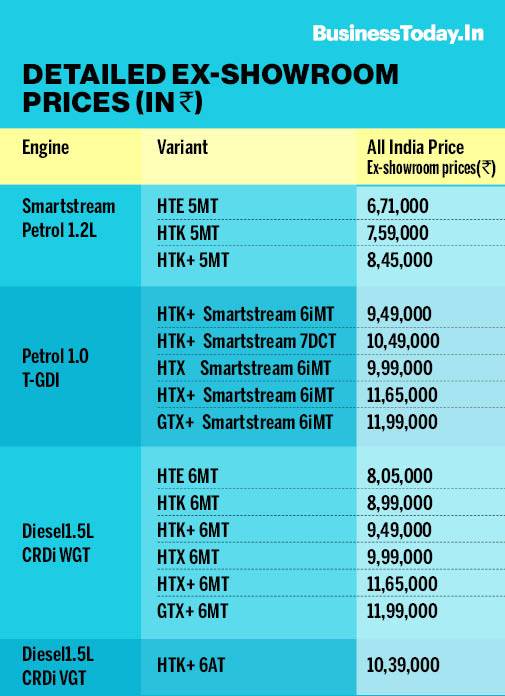 The segment has been split between cars that no longer offer diesel versions and those that do. Market leader Maruti Suzuki discontinued the diesel engine in the Brezza earlier this year, refreshing the model with a new 1.5 litre petrol engine instead as the company feels there will be no significant demand for smaller diesel engines in the stricter BS VI emissions era that kicked in on April 1 this year. Renault Nissan group similarly have also decided to not have any diesel offering in India anymore and their upcoming models will also have only petrol engines. The Hyundai-Kia group has however remained committed to offering diesel powertrains almost across their product range.

The craze for compact SUVs - loosely defined as vehicles that like small cars measure no longer than 4 metres but have a higher stance and better road presence - has shown no signs of abating in India. At a time when the domestic automobile industry is in the midst of its worst slowdown in almost half a decade - sales declined by over 17 percent in 2019-20- this segment is an outlier. In fiscal 2020, sale of compact SUVs grew by 8.7 percent to nearly 345,000 units. The entry of Hyundai Venue in the segment last year however saw sales of segment leader Brezza decline by a steep 30 percent at 110,641 units. Without the diesel powertrain and the entry of the Sonet is likely to dent its fortunes further. 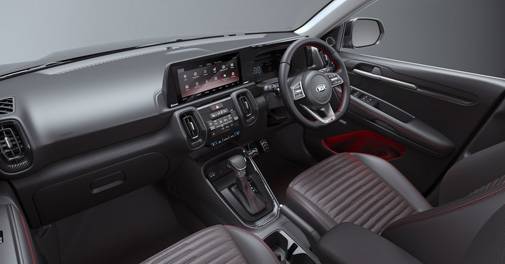 Sonet comes with a number of first in segment features such as 10.25-inch AVNT, an automatic variant in diesel, smart key remote engine start (both in AT and MT transmission), front row driver and passenger ventilated seats with an India first smart pure air purifier with virus protection. It also comes loaded with Kia's native suite of UVO connected technology with 57 features including the seamless UVO - Voice Assist.