iQOO revealed that the iQOO 7 series would launch this month in India. Apart from the regular iQOO 7 devices, the brand will also bring the BMW M Motorsport edition to India, which will be called the iQOO 7 Legend.

iQOO has constantly been teasing the iQOO 7 series launch in India. A couple of weeks ago, the brand teased a picture of the Snapdragon 888 with a price tag of Rs 3X990. Now it has gone further to confirm that the new smartphone series will arrive in April itself. iQOO shared a short teaser video to announce the launch of the iQOO 7 series in India this month. Sadly, we do not have the exact launch date as of yet.

Apart from the regular iQOO 7 devices, the brand will also bring the BMW M Motorsport edition to India, which will be called the iQOO 7 Legend. For your information, the iQOO 7 series has already been launched in China, through which we know all the details of the upcoming devices.

The iQOO 7 series will feature a rectangular camera module that houses a triple camera setup with a flash. Besides the iQOO 7 Legend, other devices in the series will get a glass finish on the rear. Whereas on the front, these will sport a centred punch-hole display. 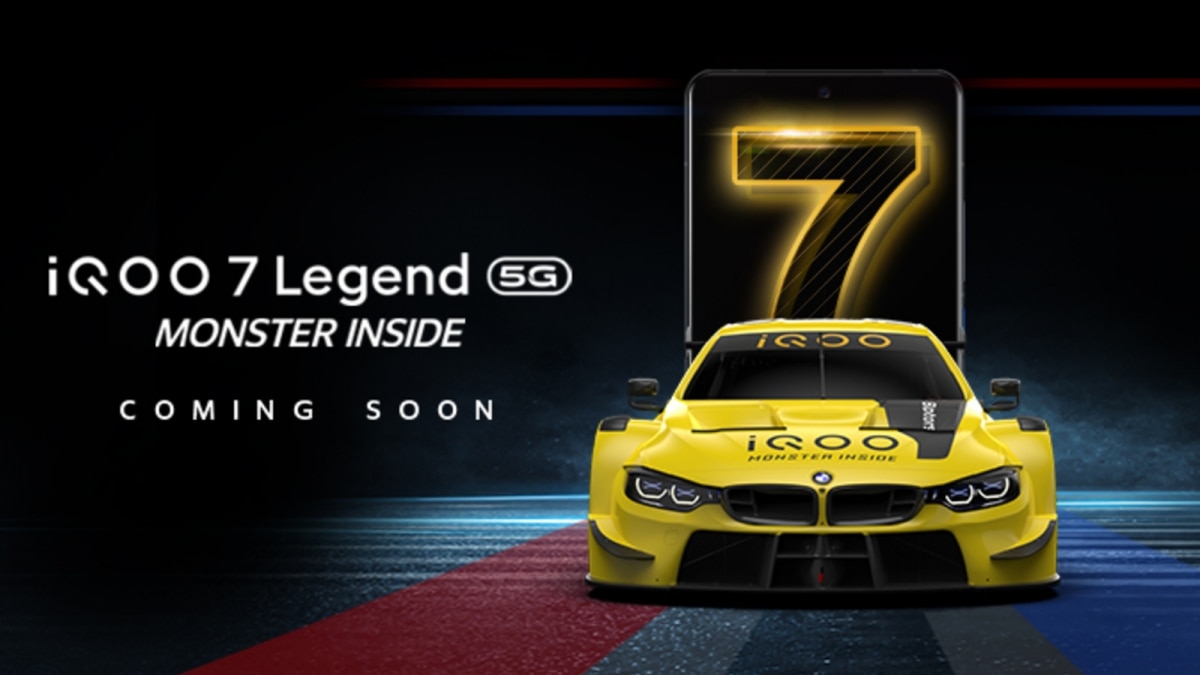 As far as the specs of the iQOO 7 are concerned, it will ship with a 6.62-inch FHD+ AMOLED display with a 120Hz refresh rate. Further, the iQOO 7 will be powered by Qualcomm's flagship Snapdragon 888 chipset, which powers flagship devices like the OnePlus 9, Vivo X60 Pro+, Asus ROG 5 and more. For your information, it is an octa-core chipset clocked built on a 5nm manufacturing process. This chipset is clocked at 2.84GHz and supports both 5G and WiFi 6 bands.

In the camera department, the iQOO 7 is powered by a triple rear camera setup that consists of a 48-megapixel primary sensor, a 13-megapixel ultra-wide shooter and finally, a 13-megapixel portrait camera. On the front, there's a 16-megapixel camera for selfies.

The iQOO 7 will be running Android 11 with Origin OS on top. Apart from this, the connectivity options on the device include 5G, 4G VoLTE, Bluetooth v5.2, GPS/ A-GPS, NFC, and a USB Type-C port.

It also features an in-display fingerprint scanner for authentication. Finally, the iQOO 7 is powered by a 4000mAh battery to support a whopping 120W fast charging.

iQOO revealed that the iQOO 7 series would start under Rs 40000 in India. This is much cheaper than the OnePlus 9, priced at Rs 49,999 for the starting variant. At this price, it could be one of the cheapest devices to feature Qualcomm's Snapdragon 888 SoC.