Chief economists Madan Sabnavis of CARE Ratings and Ajit Ranade of Aditya Birla Group give an outlook for the Indian rupee for the year 2015.

IT CAN DROP BELOW 64 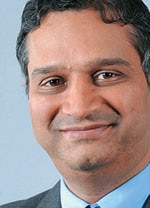 The rupee's slide from an average of 61.70 to a dollar in November to 63.51 on December 24 has been due to factors driven by both internal and global influences, as well as shocks emanating from the Russian crisis. However, the markets have taken it more stoically this time compared to 2013 as there is a belief that the balance of payments (BoP) is strong today with forex reserves of around $315 billion and that the present development is relatively transient in nature.

The Russian crisis has impacted almost all emerging-market currencies. Russia, being a major oil player, has been affected relatively the sharpest by the declining price of oil with the OPEC's recalcitrance to cut production in a bid to squeeze out shale oil production in the US. This, combined with the Ukrainian crisis, which has led to a trade embargo by western nations on Russia, has pushed it to a point of possible default, as memories of 1998 have been ignited when the government had reneged on payments. Add to this the statement by Janet Yellen [Federal Reserve chair] on the possible increase in US interest rates, which has caused funds to move away from emerging markets. The Mexican peso, Brazilian real, Turkish lira and South African rand were all impacted by this development.

The rupee's fall, though not that precipitous relative to peers, has also been driven by developments in the BoP as the trade deficit has widened in November with gold imports compensating for the decline in the oil bill due to lower crude prices. This, combined with the outflow of FIIs in both the debt and equity segments, has put pressure on the external balance, thus exacerbating the position. Funds, too, have now buffered in a rate cut by the RBI in early 2015, which would mean the Indian market would become less attractive at a time when the rates are increasing in the US and declining in India. The RBI has been intervening off and on to control this fall, but somewhere there is a feeling that the rupee should be allowed to weaken to provide a boost to exports, considering that shipments have shown signs of slowing down with the relatively anorexic world economy.

The rupee will also tend to be impacted by the global currency play where the strengthening of the dollar will continue to weaken related currencies and this is one factor over which we will have less control. The earlier theory of the real exchange rate being overvalued has diminished in importance given the decline in inflation in recent times back home.

What does it all means for us? The rupee will remain volatile until the Russian crisis eases and the direction will be upward (depreciation). Importers should be wary of such movements and hedge their positions to ensure they are not caught on the wrong foot. The RBI, which has almost taken comfort at the inflation situation, will have to bring in the exchange rate factor on top of consumer price inflation targeting when considering the next monetary policy move. It should always be ready to intervene in case volatility increases.

A weaker rupee may not quite help to push up exports, given the state of the world economy and the limited elasticity of our exports to rate changes. Imports, on the other hand, would become dearer and add to the inflationary pressure. More importantly, companies that have borrowed progressively from the ECB route will be pressurised on their repayments and debt service with a weaker rupee, more so as they have not been hedging their positions given the high cost. Therefore, a volatile rupee is a concern for the economy and the RBI is cognizant of the same.

While a rate of Rs 61 to Rs 62 looks fair under normal circumstances, Rs 63 to Rs 64 can be the short-term range, which can spill past Rs 64 if the crisis exacerbates.

OUTLOOK FOR 2015 IS BULLISH 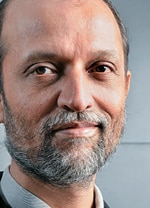 Back in June 2013 the rupee was in free fall. Ostensibly, this was the fate of all emerging-market currencies, from Indonesia to Turkey, Brazil and South Africa. The global currency crash was triggered by a casual comment by Ben Bernanke, the then chairman of the US Federal Reserve. He merely said that maybe the time had come to stop printing money indiscriminately, the so-called "taper talk". By mid-summer, there was near panic in India, the exchange rate was falling headlong toward 70, with no bottom in sight. The RBI hiked interest rates steeply, and the finance ministry hiked import duties steeply.

Come September [2013], a new RBI governor [Raghuram Rajan] stepped in, and the turbulent waters receded, as if by magic. He aggressively pursued foreign investors, including NRI depositors, by offering a substantially discounted insurance on rupee depreciation. You bring in dollars with minimum residence requirement, and you get the double benefit of higher interest earnings, as well as some protection against depreciation. Your dollars are safe here, was the message. The exchange rate stabilised, and stayed that way for 14 months. Of course, it helped that, alarmed at the devastation caused by the "taper talk", the Fed, too, went slow on actually turning the tap off.

During 2014, the rupee was the top performing emerging-market currency. It depreciated the least against the dollar. Even the mighty euro and the Japanese yen plunged sharply. India also garnered more than $35 billion as a result of the RBI governor's bargain to lure dollars. There was record inflow into stock and debt markets. The RBI continued to mop up all incoming dollars, preventing the rupee from appreciating. The exchange rate stayed within a narrow band of about 60 to 62. This had a perverse effect on importers, who were lulled by the remarkable "stability" of the rupee-dollar rate. Importers, who had future obligations to pay for their imports, chose to remain unhedged. Normally in volatile times, they would have bought "forward" dollars, and covered their future payables. This insulates them from a fall in the rupee. This is not safe, in the world of currency matters. But importers say that "buying" insurance, i.e., the forward premium to be paid, is too high. It is implicitly forecasting that the rupee will fall to 67 or 68 in one year's time, when they "know" that it will be much more stable.

The outlook for 2015 remains mostly bullish for the rupee, relative to other currencies. The year will be a theme of dollar strength. The global dollar index is close to 90, at a multiyear high. The steep fall in oil prices has coincided with the shale oil revolution, and a manufacturing resurgence in the US, which recorded its highest quarterly growth in the past 11 years. The US and India are the only two economies that, the IMF says, will perform better in 2015. India is reaping a triple bonus from the steep fall in oil prices. First, the fiscal deficit will be lower by, perhaps, Rs 50,000 crore, thanks to savings in oil related subsidies. Second, the current account deficit will be down to 1.5 per cent of GDP, thanks to a lower oil import bill. And third, inflation is likely to be lower, making it possible for the RBI to reduce interest rates. This, in turn, is a big plus for the housing and automobile industry.

Oil prices hitting a lower barrier is making shale oil investors nervous and is causing havoc in the Russian economy. The latter has geopolitical implications. So, the oil price fall will be curtailed. The rupee, too, could slip a tad lower, in line with India's inflation differential with the dollar economy. Given India's higher growth prospects, a conducive policy and budget for private and foreign investments, expect the rupee to be a high performer in 2015, too. Best wishes for a rupee anxiety-free New Year!