The capital expenditure rose by 30.3 per cent between April-October 2017 since last year.

A job well begun is half done and an early presentation of the budget seems to have put things on the right track - and the practice, is expected to be followed next year as well. Almost 70 per cent of the ministries have spent over 50 per cent of their budget estimates in the first seven month of the fiscal 2017/18.

The rate of spending, however, was a tad higher (12.6 per cent) year-on-year in April-October 2016 with just single digit growth in spending during the same period in 2015/16 & 2014/15. Now with nearly three months remaining in this current fiscal, things have already started looking good - the capital expenditure rose by 30.3 per cent between April-October 2017 (the data lags by almost two months) from a year ago period. 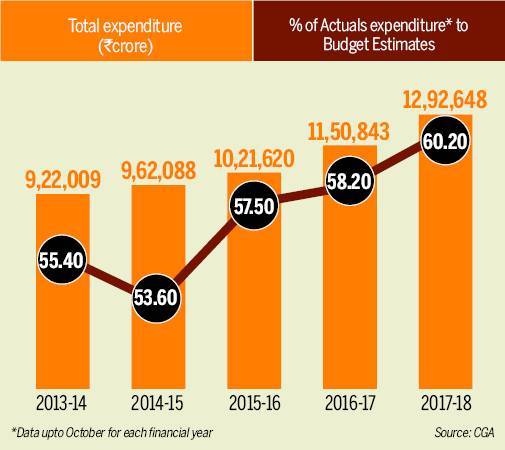