There are no standard prescriptions for creating a great workplace. And over the years, the benchmark for what constitutes a good workplace as opposed to a bad one has gone up many times.

What makes for a great workplace? How does one create a company that is considered wonderful to work for? What is the kind of an organisational culture that allows employees to be most productive - and equally importantly, happy - at work?

There are no standard prescriptions for creating a great workplace. And over the years, the benchmark for what constitutes a good workplace as opposed to a bad one has gone up many times. In the '70s, for example, local offices of European and US multinationals that had operations in the country were much coveted as workplaces for the best and the brightest. Good pay and perquisites were obviously an attraction, but what drew a lot of jobseekers of that era were the formal work systems, the culture of "professionalism" and the fact that one got to rub shoulders with other bright and professional people. But apart from systems and procedures, one more attraction in those companies was that they encouraged a certain degree of "entrepreneurship". Speak to some of the people who joined the then Hindustan Lever (now Hindustan Unilever) and they all have tales of how they created markets, helped develop products, and were allowed to take initiatives even at relatively junior positions. 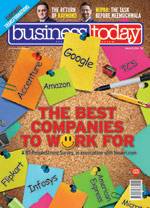 Over the past couple of decades, many things that were considered "special" have now become standard. High salaries and chance of a foreign posting no longer attract the best minds. ESOPs have also become passé. Gender sensitivity and workplace diversity, worklife balance, flexitime maternity and paternity leave - all these have become more important to the high performance executives. Some things went out of fashion and are now back. In the '60s and '70s, for example, good free (or highly subsidised) food in the company dining room or cafeteria was a perk that only the multinationals and the biggest Indian companies offered. By the mid-'90s, a dining room or a cafeteria was no longer considered important in the best workplaces. Highly paid executives just went out for lunches in fancy restaurants, while lesser paid ones brought their own tiffin. The IT companies with their campus culture have again made free food important in the white-collar workplace. (It remained important in factories even in the '90s.) Along with food, they have also brought in gyms, bank ATM creches and other such conveniences to the workplace.

The profiles of the winners of our Best Companies to Work For survey will give HR managers plenty of ideas about how to create good workplaces and get the most from employees. From hiring practices to workplace culture, these companies have introduced innovations that make them coveted employers for the best minds in the country. The methodology we use to identify our best companies is on page 90.

Meanwhile, talking of corporate culture and corporate stories, do not miss our two big corporate features on Raymond and Wipro. Raymond is a tale of a textile company that has not only survived when most of its peers have died out, but also grown from strength to strength. Now it is gearing up for a new round of battle in a changed world, and plans to turn itself into a full-fledged lifestyle company.

Wipro is a tale of the tasks before the new leader who has taken over. It is a company that has lagged behind its closest competitors in growth over the past few years and there was a feeling among analysts that it had lost much of the direction that made it grow at a scorching pace in the late 1990s and early 2000s. Now it has a new CEO who has been headhunted from TCS. Our story on page 106 analyses what the new leader needs to do.