The fake Google Play Store remains in the device even after its parent app is uninstalled and it keeps on displaying full screen adds at random time intervals.

"If a user falls prey to this trap and installs the fake Google Play Store app, then his device gets infected by an Adware. The parent apps launch the dropped app without any user interaction. On launching, it displays some stored wallpapers and after that, it hides its icon. So, the user will not be able to identify easily which app is showing the advertisements," says Quick Heal Security Lab.

The fake Google Play Store remains in the device even after its parent app is uninstalled and it keeps on displaying full screen adds at random time intervals. These apps were uploaded by the developer named "AFAD Drift Racer" and belong to free car racing games category. Some of names include Clio car drift, Supra car drift, F500 car drift, and more.

Showing aggressive ads and making money from them is a monetisation concept used by malware authors. In this case, even if users were not using the app, full-screen ads showed up.

What happens when you install 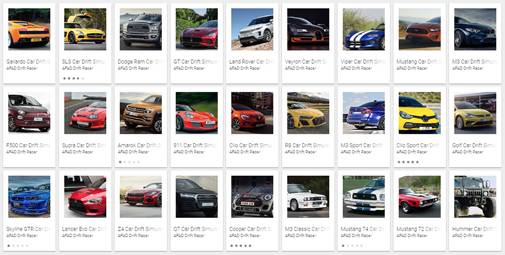 After installing the fake Google Play Store app, the app would remain visible for a few seconds before it automatically hid the icon. This app kept running in the background and showed full-screen ads until users did not uninstall it manually.

Google Play Games never download itself nor gives a pop-up for installation.