CoronavirusChinaPatanjaliSBIIndian RailwaysIndian Army
HomeTECHNOLOGY Story
Facebook has launched Avatars in India: Here's how you can create your own
Yasmin Ahmed | June 30, 2020 | Updated 17:39 IST

Facebook users can now create a cartoon-like representation of themselves, called Avatars.

Facebook has advanced through the years by introducing stickers, GIFs, and videos that can be posted in statuses and the comment section. Now, Facebook has come up with a cartoon-like creation that would represent and look like the user himself.

Facebook on Tuesday announced the launch of a cartoon-like representation of users, called Avatars. A lot like the Bitmoji stickers used in Snapchat, an Avatar aims to give a personal touch to the user's character.

Users can create their own Avatar from a variety of faces, hairstyles, and outfits that have been especially customised for India, according to Facebook.

"Avatars will allow you to create a digital persona that's uniquely representative of you and will enable you to share a range of emotions and expressions in a fun and personalised way," Facebook said in a statement.

Users can now emphasise on the sense of their identity through these Avatars. They can customise dimensions that represent themselves across many dimensions such as facial features, hair, and outfits.

The Avatar creator can be accessed from Bookmarks through the user's FB app, as well as from the comment composer. Alternatively, users can create avatars from someone else's avatar shared across Facebook.

To create an avatar of their own, users have to follow these simple steps: 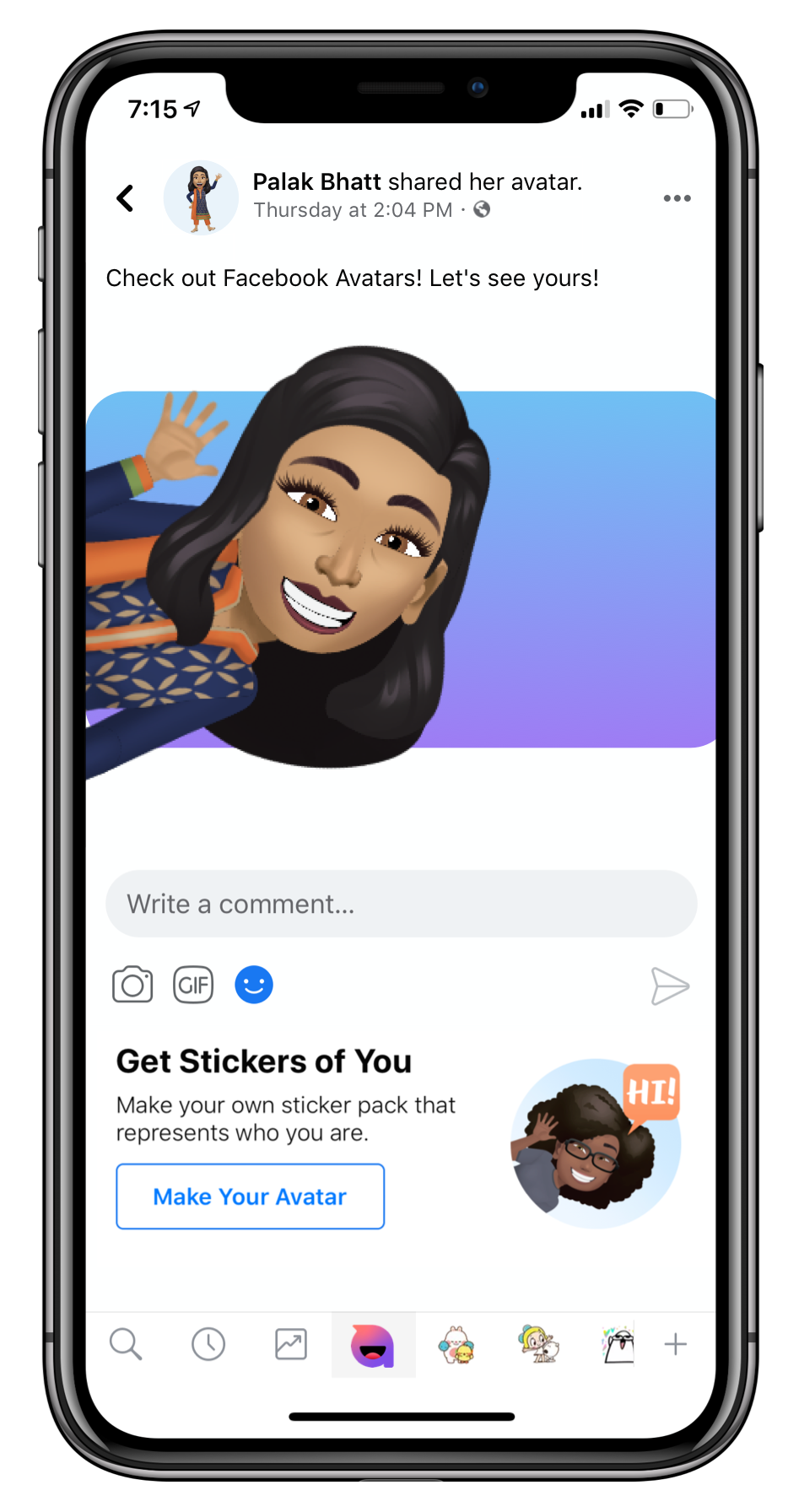 Avatar creator can also be accessed in the Bookmarks section in your Facebook app, by clicking on the burger button or the three lines on the right-hand side. If an Avatar option does not appear, users should click on the 'See more' option.

Users must note that the Avatar creator is currently available on Android devices and will later be made available to iOS.

In related news, Facebook has rolled-out dark mode for mobile app users. The new feature is being rolled out for some users around the world and will soon be available for all users. Facebook had officially rolled-out the dark mode for its other platforms including Instagram and WhatsApp.

ALSO READ: | Do you have a banned Chinese app on your phone? Check this list to know