It was a quiz this writer wasn't prepared for. Vice President and Managing Director of Google India Rajan Anandan spoke about ambitious goal setting at the company and mentioned its Android Skilling and Certification Programme, launched in mid-2016. Google wanted to train two million Indians in next generation skills over the next three years.

"How many people are in the initiative?"

The guesses started with 100 and narrowed to 10 after three tries.

His next question was about Internet Saathi, an initiative that started in 2015 with a target to train women across India's 300,000 villages on the benefits of Internet. Google recently partnered Tata Trusts to take it forward.

"How many people did we have before partnering Tata Trusts?"

This time, this writer was cleverer. Two, again.

Google is all about ambition, and having its programmes thinly staffed. Technology plays a crucial role everywhere. However, there is a more important reason why the company can pull off large initiatives with a few people. It spends a lot of time planning the right audacious goals, sets what it calls Objectives and Key Results or OKRs. And then it empowers its employees to figure out how to get there. "It is massive empowerment. Just get it done. That is inspiring," Anandan says. "It is the amazing thing about the human spirit. You hire really smart people, get them excited. And then you empower them, support them. That's our model. Empowerment at scale." 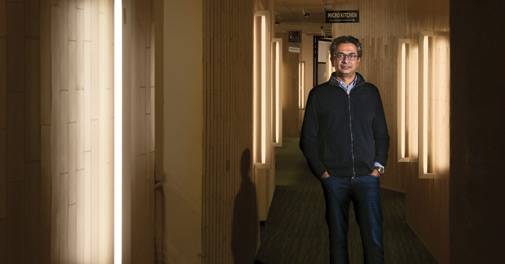 This means there are no leaders who exert control over their subordinates at the company.

Let us take the example of Railway WiFi, Google's effort to connect railway stations with high speed Internet. Gulzar Azad, the company's Country Head of Connectivity, was tasked to make it happen. "It didn't mean he had to come and update us every week. He came to us when he needed help. He has the ability to go and figure out the right partners, figure out how to structure those deals, and what is required for success," Anandan says. "There are few things that make you a less effective leader. At the top of the list is micromanagement."

In the pecking order of Business Today's 'Best Companies to Work For', Google has been No. 1 for many years. Its aura hasn't faded because it has been consistent in its message of big thinking, empowerment, and mission: 'Internet for every Indian'. There are 400 million Indians online; 900 million more to go. That is a purpose that binds as well as drives every employee. In 2017, it was about making mobile devices more affordable. Google designed an operating system, Android Oreo, that will make high quality phones cheaper soon. The firm is now focussed on making the Android keyboard and voice recognition work in regional languages. India may soon be the world's first voice-driven Internet. 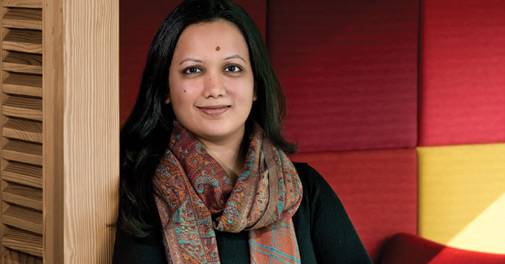 Neha Barjatya is 'Chief Saathi at Internet Saathi. Bringing rural women online and influencing their livelihoods was her idea. When she first took the idea to Google's leadership, she had planned for 100,000 villages. "For me that was huge. I went into the room, presented the idea, and everyone loved it." However, the question was: "How many villages are there in India?" There are 600,000. She was asked to scale up her ambition. "There is a healthy disregard for impossible which we have here. It is about the maximum impact we can have. Second, how do you stretch what is possible. The leaders do a good job of saying go beyond what is possible. Stretch your thinking. That meeting was a revelation," Barjatya says. There are 35,000 Internet Saathis right now or rural women picked and trained by Google to help other women on Internet usage. The programme has covered over 140,000 villages till date, impacting 13 million women.

The other cool thing about Google is collaboration. When there is a big idea, employees from different departments get together to make it happen. Online shopping festivals are a rage now but few remember Google starting one in 2012. Amazon hadn't launched in India yet. Someone wanted to replicate Cyber Monday - the Monday after the Thanksgiving holiday in the United States when consumers are prompted to shop online. "We wanted to propel the entire ecosystem of e-commerce. There were fewer users back then. Teams got together, from Sales, Agency, Marketing. 'The Great Online Shopping Festival' became something we did every year till e-commerce companies took over," says Barjatya, who was part of the business marketing team back then. "We went to all e-commerce companies and asked them to partner. We created a portal, aggregated everyone's deals, and sent traffic back to their portals."

The peer group, working with other smart people, sets employees on a motivational loop. A second aspect is the respect employees have for each other. In 2017, Google worked on it.

A sheet of paper in a conference room at Google's office in Gurgaon, lays out six best practices for 'inclusive' meetings: Give credit (acknowledge input and highlight contributors); Be Googley (treat colleagues as you would like to be treated); Follow up (approach colleagues if they are disrespectful); Don't interrupt (discourage interruptions, everyone has a say); Location is important (be respectful of scheduling meetings across different locations); Google Video Conferencing matters (listen for and solicit input from videoconferencing members).

Jayashri Ramamurti, Head of People Operations, Tech, Google India, is based in Bangalore. She connects with this writer through videoconferencing. "Last year, we spent time around unconscious biases that Googlers may have. We watch how we come across when we interact with other Googlers," she says. Unconscious bias is also known as implicit bias. It is stereotyping. "We have started two-hour workshops where Googlers can talk about their experiences. We introduce scenarios, based on what we hear from employees," Ramamurti says. "Women will go on maternity leave but that does not impact their performance. It could also be speaking in a particular language when you are in a group and that makes someone feel excluded. If you are organising a fun event, are you ensuring everyone is included? How do you organise team dinners and offsites?"

Beyond scale thinking and solving tough problems, it is Google's agenda of inclusion and respect for diversity that is making the company a good place to work in.