HDFC Bank constantly challenges its employees, but also goes the extra mile in accommodating them. "My husband has a transferable job, which has required us to move four times across three cities," says Soumi Sengupta, Mumbai-based Head of High Net Worth Business Development. "HDFC Bank has accommodated my request every time for transfer to whichever place my husband was posted." Nor have the transfers she sought impacted her professional growth

At the same time, HDFC Bank is a demanding employer, insisting its staff get better and better. "We work like a start-up," says Priyanka Bakshi, Vice President. "The bank continuously throws challenges at us. Despite having spent 12 years in retail banking, I don't find my job monotonous."

Rewards for excelling can be much more than the salary earned - the bank offers employee stock options (ESOPs) to all employees, irrespective of rank, who perform above a certain benchmark. "We are among the few companies in india to have created wealth for our employees," says Philip Mathew, Chief People Officer. ESOPs are certainly one reason why attrition at HDFC Bank, above the rank of Assistant Vice President, is just 2-3 per cent.

"There is a sense of ownership among our employees ... because they feel they are building the business," says Paresh Sukthankar, Deputy Managing Director. And success feeds the desire to do even better - HDFC Bank is now India's largest bank by market capitalisation (yes, even bigger than State Bank of India), having grown consistently for the past two decades. Such growth - and the resultant expansion - has ensured that there are always plenty of avenues for promotion. "The long and consistent track record of the bank in a volatile environment has made a big difference," says Sukthankar. - Mahesh Nayak Baisakhi Deb, HR Lead at TCS BPS (Business Process Services) in Kolkata, met with a horrifying accident in 2006. The state-level badminton player lost a leg and injured her spinal chord irreparably. But after being confined to bed for eight long years, Deb not only found herself heading an important HR function at TCS BPS but was also able to get back to her passion, badminton. This time as a para badminton player. Currently, the world number six in para badminton, Deb has recently been awarded the Khel Ratna Award. She gives full credit for her achievements to her organisation, TCS, which never discriminated against her because of her physical disabilities. "This gave me immense confidence to turnaround," she says. As its manpower strategy, the 67,000 employee strong company has made diversity its mantra. "Diversity for us goes beyond gender," says Ranjan Bandyopadhya, Global HR Head, TCS BPS. The company already has over 800 employees with physical disabilities. "It is busy integrating the LGBT community into its workforce. TCS is an extremely open organisation," says Indira Parekh, management consultant and former dean of IIM Ahmedabad

Bandyopadhya proudly claims that the attrition rates at TCS BPS is as low as 18 per cent. The industry average is 40 per cent. Bandyopadhya says that the reason for this is the rich work profile its able to offer. "We are highly focused on domain centricity. People join us as business analysts and that helps us retain talent. " - Ajita Shashidhar 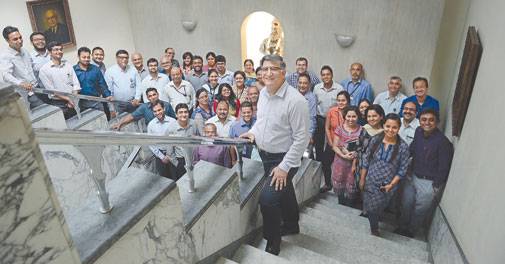 One of India's oldest corporates is changing with the times. In February, Tata Steel changed something that had been continuing for 108 years. It reduced the nearly two-hour lunch break for 28,000 non-shift workers to 30 minutes. In return, the employees got an extra day off every Saturday.

"This has improved productivity and reduced costs related to vehicles going out and coming back six days a week during lunch hours, and reduced carbon footprint and traffic congestion in places such as Jamshedpur," says Suresh D. Tripathi, Vice President (HRM), Tata Steel.

Tata Steel employs about 89,000 people across the globe. In India, many of its workers are third or fourth generation employees. Though it is difficult to do justice to every employees aspirations, it is managing well. Attrition is as low as 4 per cent. Tripathi says the figure for the steel industry is over 11 per cent.

The company has devised several programmes for employees to educate themselves and nurture their talents. In Europe, for instance, it delivered 96,000 training interventions for its 30,000 employees. It also offers certificates and assistance for higher studies, besides providing quality social and cultural environment at its townships. Even though it is going through a bad phase, the company has not laid off people, says the HR executive. "We have been following the 1956 pact with the unions on not retrenching people during bad times," says Tripathi. Unions are key to the company's success, believes the management. - P.B. Jayakumar 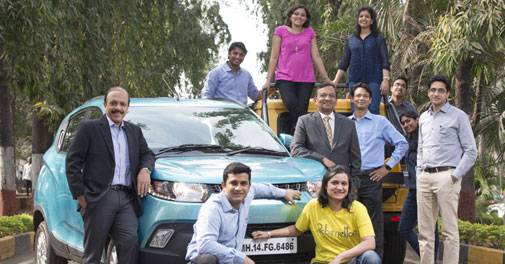 When it comes to human resources, Pawan Goenka, Executive Director, Mahindra and Mahindra (M&M), questions himself rather than others. "Why would somebody want to join us and stay and grow with the company?" So, in 2011, the automaker documented 'Employee Value Proposition'(EVP), on the lines of 'Customer Value Proposition' that others do.

M&M's expectations are aligned with its fundamental principles - driving change, alternative thinking and accepting no limits. "We have done quite a bit in talent development and management," says Goenka. The M&M group has over 2,00,000 employees in 100 countries.

"The outcomes have to be sustained business outperformance, care for stakeholders and nurturing of organisational values," says Rajeev Dubey, Group President (Human Resources and Corporate Services) and CEO (after-market sector).

It is because of these things that Goenka says they have a fabulous relationship with trade unions. "We go out of the way to help employees and it is not just about financial support," he says. - Nevin John

In Sync with the Timesa

HUL for decades has been the dream job of every management graduate. Its intense people training processes and people - friendly policies are well known. Despite all this, the most sought after recruiter in the Indian corporate sector, like all manufacturing sector companies, has been finding it slightly more difficult to attract and retain talent.The year 2015 saw the manufacturing sector losing talent to e-commerce in a big way, and HUL was no exception. Be it marketplaces such as Flipkart or Amazon, verticals such as Urban Ladder, e-commerce became the sought after job destination for the manufacturing sector employees.

However, HUL, say head hunters, has lost the least number of people to e-commerce and that is because of its ability to respond to the situation fast. In the past couple of years, the company has been actively offering its high potential employees opportunities to take charge of a vertical and be completely responsible for its growth. So, not only has HUL started offering entrepreneurial opportunities, head hunters claim that it is even considering offering employee stock options to them.

HUL also has embraced the digital media in a big way. This again is a conscious effort of the company to be in sync with the changing times and thereby be able to attract the best of young talent. Digital advertising is the order of day. The countrys largest FMCG company is leaving no stone unturned to keep in pace with the changing world. - Ajita Shashidhar

A Nursery of Talent It's a hat trick for US drug major Abbott India. The company has been ranked first for three years in a trot in the pharma and healthcare category of Business Today's annual survey.

"Abbott follows a 'Growth Oriented Culture' and we provide employees an opportunity to 'Grow with the Leader'," says Bhasker Iyer, Vice President of Abbott's pharmaceuticals business and Country Management Representative in India. .

Abbott is a diversified healthcare company with many leadership positions across nutrition, pharmaceuticals, devices and diagnostics verticals in India. This provides employees career opportunities across all of these businesses, says Bhaskar.

About 85 per cent of Abbott's front-line and senior sales management vacancies are filled through the internal assessment and development route. The company has a comprehensive internal talent grooming process.The end objective is to make Abbott a nursery of talent. - P.B. Jayakumar More than 50 per cent people who quit their job at Bharti Airtel want to return. That's a startling figure for a company in a sector known for high employee burnout, work pressure and intense competition. Unlike other organizations, Bharti Airtel's exit interview takes place a few days after an employee leaves the organization. The idea is to find out how the employee feels in the new workplace. "We have a robust exit interview process. People say that they wish they hadn't done that," says B. Srikanth, Chief Human Resources Officer, Airtel. Srikanth says that other telecom companies look at Airtel employees as finished products. "For people who want to build digital businesses, Bharti Airtel is a one-stop shop. We tell our people that start-up environment is available in Bharti Airtel itself. If you think of something, you have the power and ability to do execute it, implement it and see it come to life," he adds.

The regretted attrition at Bharti Airtel is less than 14 per cent. It refers to employees who have good performance ratings and whose exit is regretted by the company. The overall attrition is 17-18 per cent. "By joining Bharti Airtel, employees have a great opportunity to come and explore so many aspects of a business here," says Srikanth. - Manu Kaushik