Paul Krugman once said that whenever banking became exciting and interesting, it got out of hand and jeopardised the entire economy. This seems true if one looks at the 2008 global financial crisis. That's true for India too. So, when most Indian banks, chasing high growth, were rushing to give loans to infrastructure and capital goods companies during the 2004/08 boom period, the Uday Kotak-promoted bank stayed away.

"We did not participate in the greed. We have been wary of assets that are not adequately collateralised," says Joint Managing Director Dipak Gupta. The net non-performing assets of 1.26 per cent, among the lowest, reflect prudent lending practices. "It's not an easy choice. You are sacrificing growth and return in the hope that it will pay off over a period," he says. And it has paid off. Growth in advances and deposits has been 36 per cent-plus a year over the last three years. Operating profit has grown 32 per cent a year over the period. Kotak has been a fast learner. It went overboard on retail, especially short-term personal loans, but took timely corrective action. Similarly, it learned its lessons in the stressed assets space. "Buying bad loans and resolving them teaches a lot of things. It made us overcautious," says Gupta.

The bank is always on the lookout for good lending opportunities. It is one of the most capitalised with capital adequacy ratio, or CAR, of 16.77 per cent. India's largest bank, SBI, has a CAR of 13.11 per cent, while the largest private sector bank, HDFC Bank, has a CAR of 13.11 per cent. "There is no hurry to lend," says Gupta. "Uday Kotak believes in RoI," says a banker who used to work with the bank.

The bank's focus is on short- to medium-term loans. "If the lending is for a longer period, it becomes difficult to recover money, as we don't have control over cash flows," says Gupta.

"The biggest factor is high corporate governance standards. For instance, if he (Uday Kotak) knows that the money isn't coming at the end of 30 days, the bank will do provisioning upfront rather than waiting for 90 days. The other important factor is his focus on net interest margins and not on being number one. He doesn't mind being number 3 but will not compromise on margins," says a former employee. 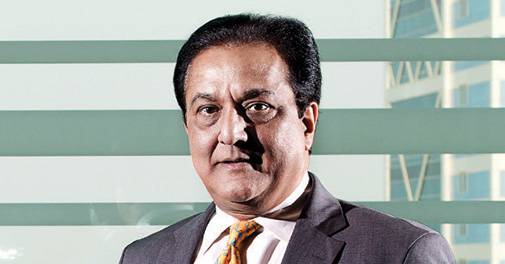 Looking forward, the bank feels that exuberance is shifting from wholesale to retail. "Everyone is chasing the same set of customers and assets," says Gupta. "This is how leverage builds up, asset bubbles build up. That's how marketplaces shift," says Gupta. Kotak is among the few banks with one-third contribution each from wholesale, SME and retail segments. What is worrying are reports that some SMEs may be in trouble due to government policy, GST and demonetisation. The bank is moving cautiously. Gupta feels there is always a trade-off between growth, return and risk and one has to choose the most appropriate mix and cut the noise, especially when peers are running fast. Gupta sees a lot of opportunities in distressed assets. The merger with ING Bank has helped the bank build a bigger customer base and given it stability. "Ultimately, it's a customer business."

In 2016, Kotak acquired Bangalore-headquartered BSS Microfinance Company. In 2015, it ventured into general insurance. "These were the missing pieces," says Gupta. Lending for consumer durables is another big opportunity as existing customers can be used to cross-sell. "It's an incremental business. That's a big opportunity," says Gupta.

The focus over the next few years will be on increasing the customer base. The bank has already got into the act by launching the 811 project for acquiring customers through the digital platform. While the cost of doing this is high, Gupta says it is an investment as one can't do without technology. "In 18 months from launch, we would have doubled the customer base. You can't look at technology from the point of success or failure. It's hygiene. You cannot do without it. Customers want it. So, you have no choice but to offer it."

Gupta says fintech players will be big disruptors of financial markets but it is to be seen if the existing market place will be disrupted. "There are 25 different technologies we are looking at and investing in some of them. Our problem is where to invest for a winning solution. The only way out is to collaborate. Acquiring is not possible due to technology being expensive. Also, you never know when it becomes obsolete."

The bank's immediate focus is increasing customer count. "You need more and more of them to have a sticky customer base. We have only 2 per cent market share. We have a long way to go," says Gupta. The journey, in some ways, has just started, and it's a long road ahead.