While the industry is facing a tough time currently, the finance minister can play the role of a catalyst by giving the much needed sops in the upcoming Budget to sustain the growth of the auto sector.

The auto industry has witnessed huge downturn over the last few years. While the industry somewhat recovered in 2010, it again went into a downslide after that. The industry, thus, witnessed some kind of a roller-coaster ride. Though the future looks optimistic, on an immediate basis, there are some concerns which the Industry is hoping to get addressed in the coming Budget.

At the same time, the finance minister is faced with a growing fiscal deficit and needs to garner revenues. Moreover, steps towards reducing the fiscal deficit could lead the finance minister to take revenue-generating measures. The industry hopes that that there are no kneejerk reactions and the Budget contains measures to promote long-term growth.

Given this backdrop, the industry expects some sops in this Budget to overcome few of these economic challenges. 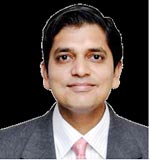 Certainty in this uncertain environment - implementation of Advance Pricing Arrangement (APAs)
The adjustments on transfer pricing are enormous and the auto industry has not remained insulated from this. These adjustments create uncertainty in the tax environment. The industry expects APAs to be introduced in this Budget in order to bring tax certainty and thus, some respite to the auto industry in these challenging times.

Stability and rationalisation in excise duty
The industry expressed apprehension about the government increasing excise duty by 2 per cent in this Budget, in order to align the rate structure to the overall GST framework. The current excise duty structure is as follows:

Incentives for R&D
The industry is R&D-intensive, evident from ongoing innovation in the fields of technology and design of vehicles. The government needs to create an incentive platform to promote the R&D activity in this sector. The current provisions of accelerated deduction of 200% of R&D expenditure is about to expire in March 2012. The industry expects this incentive to be extended further so as to give an impetus to R&D activity. If continued, this incentive will also seek to achieve the go green objective by encouraging companies to emphasise on R&D for the development of eco-friendly vehicles.

No diesel tax
The Kirit Parikh Committee has recommended a special excise duty of Rs 80,000 as diesel tax to be levied on diesel vehicles in order to discourage further diversion of diesel consumption in the personal auto segment. This recommendation, if implemented, will have a negative impact on the passenger vehicle segment. Further, this move is unwarranted given the fact that diesel consumption in the passenger vehicle segment is barely 2 per cent of the total diesel consumption. The industry expects that this additional levy should not be introduced. 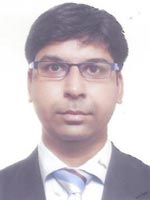 While the industry is facing a tough time currently, the finance minister can play the role of a catalyst by giving the much needed sops in the upcoming Budget to sustain the growth of the auto sector.

Get latest news & live updates on the go on your phone with our News App. Download The Business Today news app on your device
More from UNION BUDGET 2012-2013