Compact SUVs are an outlier in a sluggish passenger vehicle market in India. With everybody aspiring for a piece of action, competition is set to ratchet up

A few hours after the national launch of the Maruti Swift in May 2005, a clutch of top executives from Suzuki Motor Corp. and its Indian subsidiary Maruti were in a huddle in the business centre of hotel Maurya Sheraton (now ITC Maurya) in central Delhi. Such meetings are routine; held to analyse the initial feedback after the launch of any car. As its first offering in the nascent premium hatchback category in India, Swift was an important product for Maruti.

During the meeting, Mayank Pareek, who was then the head of sales and marketing at Maruti, suggested that the team of engineers from Japan look into the possibility of developing a compact SUV based on the Swift. The suggestion was unanimously rejected, even scoffed at. The engineers contended that making a sports utility vehicle (SUV) on such a small car was not possible. Pareek argued there would be strong demand from consumers for such a vehicle but the engineering team was unconvinced. 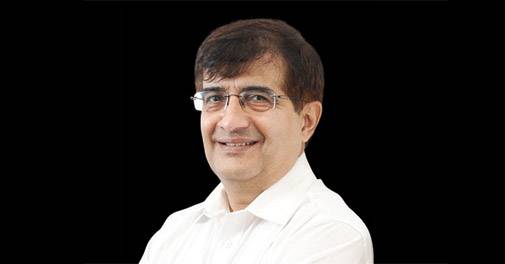 More than a decade later, Maruti would launch the Vitara Brezza compact SUV based on the Swift, which in its first year itself would become the best selling SUV in the country. It also propelled Maruti to the leadership position in the utility vehicle category, an area where the company used to be weak till a few years back.

The craze for compact SUVs - loosely defined as vehicles that like small cars measure no longer than 4 metres but have a higher stance and better road presence - shows no signs of abating. At a time when the domestic automobile industry is in the midst of its worst slowdown in almost half a decade - sales have declined for seven straight months - this segment is an outlier. In the last six years, sale of compact SUVs has grown by an average 84 per cent every year, against just 2.75 per cent for passenger cars in general and 10 per cent for overall utility vehicle segment in the country. In 2012/13, the segment accounted for just 16,000 units, but in 2018/19, over 350,000 compact SUVs were sold.

Compact SUVs has led the SUV growth story in the country with its share in the overall utility vehicle sales going up from just 13 per cent in 2013 to almost 48 per cent in 2018. By 2020, sales are expected to top 500,000 units a year, which will mean that more than half (52 per cent) of the SUVs sold in the country would be compact SUVs. In hindsight, the IIM-Ahmedabad alumni Pareek, who today steers the ship at Tata Motors, saw this coming.

"As a marketing person, our job is to predict the behaviour of consumers and it was clear that this segment was just waiting to happen," Pareek says. "Compact SUVs are priced competitively, offer differentiated styling with upright stance, bold muscular lines and a good riding position which gives the feel of an SUV. Almost 1.3 million hatchbacks are sold every year. When these consumers come back looking for an upgrade, majority of them will go for a compact SUV. This trend will continue for some time," he says.

The strong growth of SUVs in India is actually a trend that is shared by many countries around the world - developed as well as developing. One of the first movers in this category in India, American carmaker Ford, already had a proven bestseller in the EcoSport that was originally designed and developed for its Latin American markets. This enabled the company to adapt and launch it in India ahead of others. EcoSport remains its best-selling nameplate in the country.

"In South East Asia, West Asia, Africa, Latin America and even Europe, the preference of customers is shifting towards SUVs, and this trend will continue," says Shashank Srivastava, Executive director-Marketing and Sales, Maruti Suzuki India. "Just like in India, almost everywhere the growth of SUVs is much faster than the overall industry." Like the Brezza for Maruti and EcoSport for Ford, manufacturers have benefited tremendously by having a compact SUV in their portfolio. For the Tatas, the Nexon has played a big role in their turnaround in India. Sales of the car nearly doubled in fiscal 2019.

"Nexon is an important milestone in our journey and played a big role in our turnaround. It has brought a lot of new customers to us," says Pareek. "More importantly, it changed the perception of the brand and got people talking. While transactions happen in a showroom, cars are actually sold on the dining table. So if we want to sell, we have to enter the conversation at the dining table. For us that was enabled by the Nexon," he says.

Strong sales in this segment also help manufacturers improve profitability. Unlike most other segments where companies have been unable to increase prices, in their relatively short lifespan so far compact SUVs have actually become more expensive. Yet the market's appetite hasn't waned. For example, at its launch in 2013 the EcoSport was priced Rs 5.6-9 lakh. Today, it costs Rs 7.69-11.33 lakh.

Some of the growth for these SUVs has come at the cost of other segments like compact sedans and premium hatchbacks. Bracketed with cars like Maruti Dzire, Honda Amaze and Tata Tigor (sedans) on the one side and Hyundai Elite i20, Maruti Baleno, Honda Jazz and Volkswagen Polo (premium hatchbacks) on the other, with prices in the range of Rs 6-11 lakh, compact SUVs have ended up cannibalising sales of their counterparts.

The launch of the Honda WR-V, for example, in March 2017 resulted in a decline in sales of the Honda Jazz, the premium hatchback on which it is based. In 2017/18, Jazz's sales declined by more than 15 per cent and a further 45 per cent in 2018/19. "The hatchback segment will reduce in market-share in the next 5-6 years. Primarily the loss there will be captured by SUVs," says Gupta of IHS.

With its distinctive design, compact SUVs typically cater to a younger crop of customers that is more aspirational. It is either an additional car or an upgrade from an entry level small car for most buyers. "The number of consumers for whom Brezza is an additional car in the household is very high. This is different from the hatchback or the compact sedan segments where the first time car buyers are substantial," says Srivastava of Maruti.

New Kids On the Block

The market place is getting crowded and more competitive. Initial response to Mahindra's latest offering XUV3OO has been encouraging with more than 26,000 bookings so far. It is by far the best response to a Mahindra product since the XUV5OO in September 2011. Feedback for the Hyundai Venue, which was launched May, has been even better with 33,000 orders placed.

Between the two, experts see the Venue as the potential game changer. Hyundai has earlier struck gold with its mid size SUV Creta three years ago, and together with the Venue, the Korean car maker is targeting market leadership position in SUVs. "With the Venue giving us a foothold (in compact SUVs), we are trying for market leadership," says S.S. Kim, Managing Director and CEO, Hyundai Motor India. "We have seen this craze for SUVs in many markets around the world so that's clearly the direction for Hyundai. In India also, we expect very strong and continuous demand for SUVs."

Incumbents are feeling the heat. Discounts have gradually increased in the last few months, especially for diesel variants. Companies are also bringing out limited edition versions to add features to the cars in a bid to keep them fresh.

"This is the first time Hyundai has done this kind of aggressive pricing. All existing players, Ford, Maruti, Tata? everybody will be affected," says Anil Sharma, Associate Director at MarketsandMarkets, a Pune-based market research firm.

The Venue may also herald a price war in the segment. On June 4, Ford updated its EcoSport line-up with a new Thunder variant that comes with additional features like bigger touchscreen infotainment system and sun roof. It also reduced prices of some of the existing variants by Rs 8,000 to Rs 62,000.

"There is definitely room for automakers to play on pricing. The platforms on which these cars are based are shared with small cars and compact sedans and are depreciated which makes them high-margin products. So there is scope for reducing price and taking a hit on margins as a temporary measure," says Sharma.

The onset of more stringent BS VI emission norms from April 2020 will add another layer of complexity. Market leader Maruti Suzuki has already said it will discontinue diesel engines with capacity less than 1.5 litre, as the compliance cost will be too high. Brezza, the largest selling diesel vehicle in India, is currently offered only with a 1.3 litre-diesel engine. While Maruti is working on a petrol engine for it, it is still not clear whether the new 1.5 litre diesel engine on the car will be offered. "We will continue to monitor consumer reaction and adapt accordingly so that our product stays relevant," says Srivastava. "I cannot tell you about our plans (with Brezza) but if the consumer wants it (diesel), we will offer it."

Others like Hyundai, Ford and Honda have said they will continue to offer diesel versions even in the BS VI regime but prices would go up significantly, by up to Rs 1 lakh. Typically, the preference for diesel is higher among SUV buyers but for the price sensitive compact SUV segment it may not make that much sense in the future. There is no consensus on the relevance of the fuel for this category.

"After BS VI norms kick in next year, there will be a decline in sale of such versions in compact SUVs but there will be a sizeable number of buyers who will still want a diesel here," says Gupta of HIS Markit. "It is a segment where consumers drive more - maybe because it is the second car in the house or that they are more affluent. Even if the share comes down it will still be more than the industry average. So if in hatchback or sedan segments the share comes down to 13-15 per cent, in compact SUVs it will still be about 25 per cent."

Not everybody agrees. The surge in sale of diesel cars in India was led by the high differential cost with petrol that peaked at Rs 32.27 per litre in May 2012. Today it has come down to just Rs 5.26 per litre queering the economics of buying a diesel car.

"It is not very difficult to imagine the absence of diesel in this segment entirely after BS VI kicks in. The cars will become more expensive," says Sharma of MarketsandMarkets. "The gap between diesel and petrol prices as a fuel has reduced substantially and it does not make economic sense anymore to buy a diesel car."

With so many variables, the fastest growing segment in the Indian automobile industry is in for a period of churn.

More from The Hub