According to Gartner, Apple became the top smartphone player in the fourth quarter of 2020.

With a massive boost from the new iPhone 12 series, Apple may have pulled a surprise for Samsung. According to Gartner market research firm, Apple sold more devices than Samsung for the first time in a single quarter since 2016. This means right from the time when Apple launched the iPhone 7 series, Samsung was ahead of Apple and selling more units.

Gartner research report added that Samsung saw a decline of 14.6 per cent in 2020 in terms of units sold. The South Korean giant faced tough competition from the likes of Xiaomi, Oppo, and Vivo. 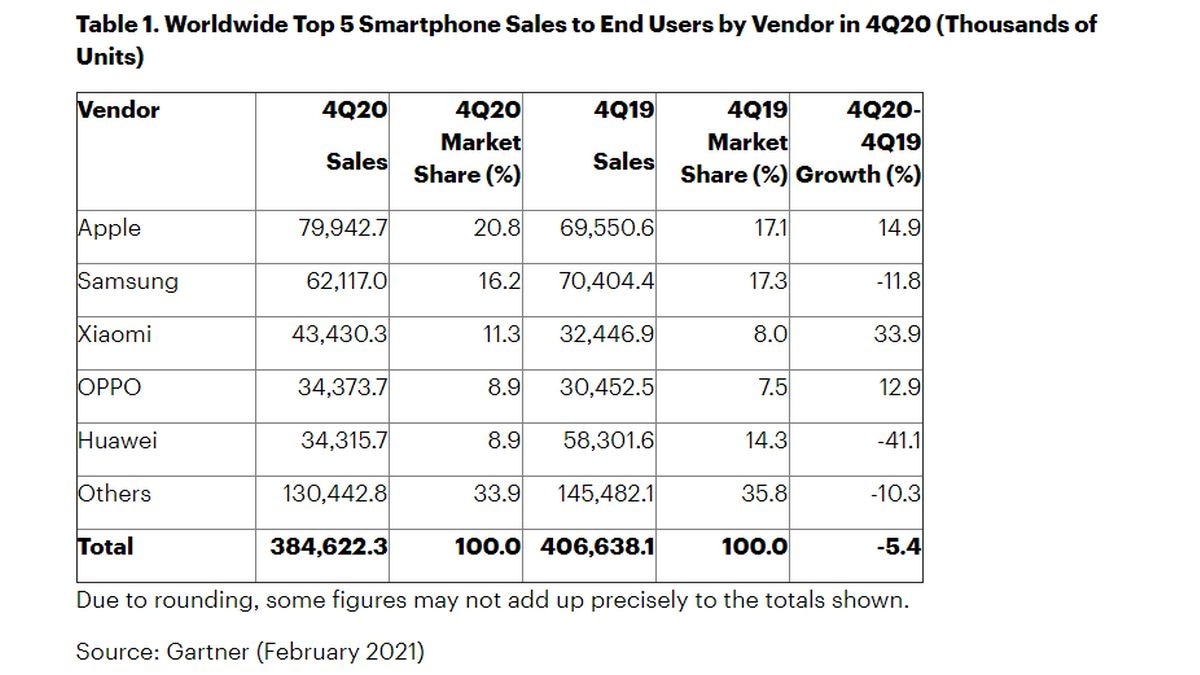 The report said that only Apple and Xiaomi were the two smartphone brands that saw growth in 2020.

"The sales of more 5G smartphones and lower-to-mid-tier smartphones minimized the market decline in the fourth quarter of 2020," said Anshul Gupta, senior research director at Gartner.

"Even as consumers remained cautious in their spending and held off on some discretionary purchases, 5G smartphones and pro-camera features encouraged some end users to purchase new smartphones or upgrade their current smartphones in the quarter," he added.

Also read: | Should you buy a 5G smartphone in India?