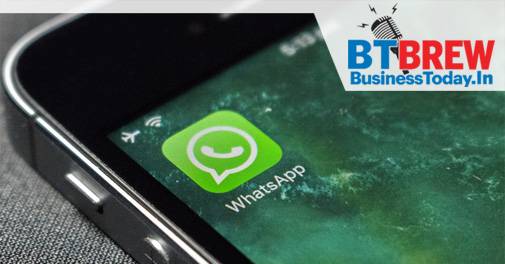 Pay taxes for India's development, says PM Modi
While the previous governments had hesitated to touch the country's taxation system, the current BJP-led dispensation was making it more citizen centric, Prime Minister Narendra Modi said on Wednesday, urging people to pay their dues for the development of India. He lamented that when a number of people did not pay tax and found ways to evade it, "the burden falls on those who honestly pay their dues".

WhatsApp garners 2 billion users to become second-largest social media platform
Facebook-owned messaging platform WhatsApp announced on Wednesday that its worldwide user base has crossed the two-billion mark. WhatsApp has now become the second application from Facebook to join the two-billion-users club, and the second-largest social media platform after its parent firm. As of December 31, 2019, Facebook had 2.5 billion active users.

Retail inflation rises to 7.59% in January on higher food prices
Retail inflation, calculated on the basis of Consumer Price Index (CPI), inched upwards to 7.59 per cent during January, showed data released by the National Statistics Office (NSO) on Wednesday. This is the highest rate of inflation since May 2014, when it was 8.33 per cent.

Bezos buys Warner Estate in Beverly Hills for record $165 million
Amazon Chief Executive Jeff Bezos, the world's wealthiest person, has purchased a Beverly Hills mansion known as the Warner Estate from media mogul David Geffen for $165 million, a source familiar with the deal said on Wednesday. The sale price is believed to be the highest in a Los Angeles-area residential real estate transaction.

India Ratings downgrades YES Bank on concerns over delay in capital infusion
India Ratings and Research (Ind-Ra), a part of Fitch group, on Wednesday downgraded YES Bank's long-term issuer rating to 'IND A-' from 'IND A', while maintaining it on 'Rating Watch Negative' (RWN). The rating downgrade was attributed to continued delay and inconclusive quantum of the anticipated equity infusion in YES Bank.

Microsoft boss Nadella to visit India later this month: sources
Microsoft Corp Chief Executive Officer Satya Nadella is planning to visit India later this month according to Reuters. Nadella is planning to be in India between Feb. 24 and Feb. 26 and will likely visit New Delhi, tech hub Bengaluru and the financial capital of Mumbai.

Help us, we want to go home, 3 Indians isolated on British cruise ship in Japan tell PM Modi
At least three Indians on board cruise ship Diamond Princess off Japanese coast have sent SOS appealing for help from the Indian government and Prime Minister Narendra Modi. The British Diamond Princess cruise ship carrying 3,711 people on board has been kept in quarantine off the coast of Yokohama, Japan. Of the people on board the ship, 266 are guests and 1,045 are crew members. Among them, 132 crew members and six passengers are Indian nationals.