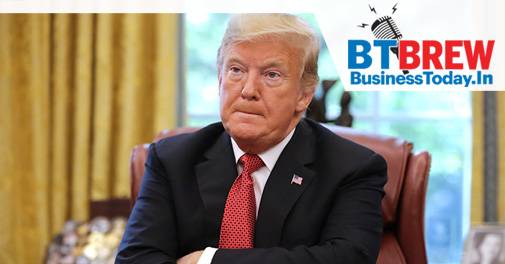 US officials have delayed a ban on American technology exports to Chinese tech giant Huawei until mid-August, saying the time was needed to allow for software updates and other contractual obligations. The delay does not change the ban imposed by President Donald Trump on national security grounds, an action with major implications for US and Chinese technology firms.
BJP's NaMo TV vanishes from all platforms as Lok Sabha election ends

NaMo TV has disappeared from the set-top box as mysteriously as it appeared on them, raising many eyebrows. The channel made its way on various service provider's platform before the General Elections 2019 on March 26. Being funded by the Narendra Modi's Bharatiya Janata Party (BJP), it started a controversy with the opposition leaders calling NaMo TV a propaganda machine as it showed PM's rallies, interviews, features of government schemes and other BJP leaders' interviews.
RBI to issue Rs 10 banknotes bearing sign of Guv Das soon
Reserve Bank of India Monday said it will issue Rs 10 denomination banknotes bearing signature of Governor Shaktikanta Das. The Reserve Bank will shortly issue Rs 10 denomination banknotes in Mahatma Gandhi (new) series bearing the signature of Shaktikanta Das, Governor, RBI said in a release. The design of these notes is similar in all respect to Rs 10 banknotes in Mahatma Gandhi (new) series. All banknotes in the denomination of Rs 10 issued by the Reserve Bank in the past will continue to be legal tender, it said.

The Bombay Stock Exchange benchmark Sensex set a new record on Monday by posting its highest-ever single day gain in 10 years after exit polls predicted that BJP-led National Democratic Alliance (NDA) would get a clear majority in the 2019 Lok Sabha elections.

Ford is cutting about 7,000 white-collar jobs, which would make up 10 per cent of its global workforce. The company has said it was undertaking a major restructuring, and on Monday said that it will have trimmed thousands of jobs by August. The company said that the plan will save about $600 million per year by eliminating bureaucracy and increasing the number of workers reporting to each manager.