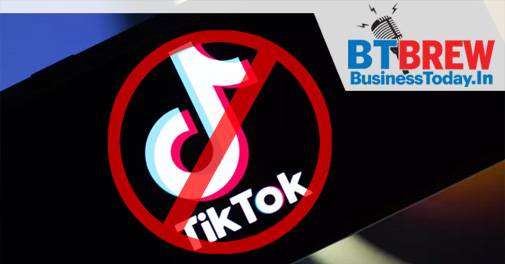 TikTok removed from Android, Apple play stores after govt ban on 59 Chinese apps
A day after the Indian government ordered a ban on 59 Chinese mobile apps over security reasons amid the India-China border tension, the popular video app TikTok has been removed from Android's Play Store and Apple store. The popular Chinese app has over 120 million active users, mostly those in the 20s, in India alone.

Mukesh Ambani's RIL set to acquire Kishore Biyani-led Future Group
Mukesh Ambani-led Reliance Industries (RIL) is reportedly close to inking a deal that would give the conglomerate a controlling stake in the retail businesses of Kishore Biyani's Future Group.
According to the deal, Biyani will relinquish control over all businesses under the Future Retail basket (comprising FBB, Big Bazaar, Food Hall and Central), Future Lifestyle Ltd, and Future Supply Chain Solutions.

Coronavirus pandemic 'not even close' to being over : WHO chief Tedros
Tracing contacts of people with coronavirus infections is the most important step in fighting the COVID-19 pandemic, and countries that are failing to do so have no excuse, the World Health Organization chief said on Monday.
"Although many countries have made some progress, globally the pandemic is actually speeding up," he said.
'$100 billion? May be not!': How TikTok ban will impact ByteDance's valuation
Reliance Jio adds over 60 lakh subscribers in February; Vodafone Idea loses 34 lakh users
Reliance Jio is on the roll as it continues to lead the wireless subscriber tally in the domestic market.  According to the latest data by Telecom Regulatory Authority of India (TRAI), Jio added 62.57 lakh subscribers in February 2020.Its rival Bharti Airtel could only gain 9.2 lakh subscribers during the same period.

Paytm founder Vijay Shekhar Sharma hails ban on 59 Chinese apps; faces backlash
Paytm founder Vijay Shekhar Sharma has lauded the government's decision to ban 59 Chinese apps. Sharma called it a "bold step" and a step towards the "Atmanirbhar App ecosystem". However, Sharma received a lot of flak for his tweet as netizens pointed out about his Chinese investors. There's a strong chorus on Twitter to ban Paytm as Ant Financial, the fintech arm of Alibaba Group, is one of their biggest investors. Ant Financial has pumped millions of dollars in Paytm.

China's factory activity rises to 3-month high in June
China's factory activity expanded at a faster pace in June, beating expectations, as the economy continues to recover after the government lifted strict lockdowns and ramped up investment, but weak global demand is likely to be a drag on growth.
The official manufacturing Purchasing Manager's Index (PMI) rose to a three-month high of 50.9 in June from 50.6 in May.
Ban on TikTok, other Chinese apps gives India's 'Chingari' fresh hope; 5 lakh downloads in 72 hours