Reliance Jio to focus on subscriber numbers not tariffs: report 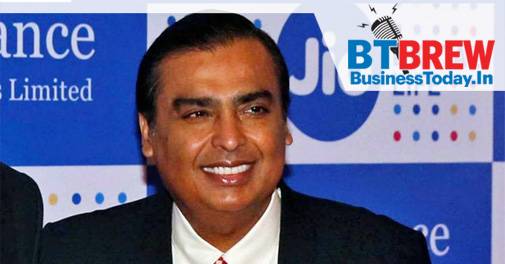 Taking billion dreams to Moon, Chandrayaan-2 to be launched today

India's second moon mission Chandrayaan-2 seeking to explore the unchartered Lunar south pole by landing a rover will be launched onboard its most powerful rocket GSLV-Mk0III-M1 today, a week after the lift-off was aborted due to a technical snag. The Rs 978 crore mission, which was rescheduled after scientists corrected the glitch in the rocket, will be launched at 2:43 pm from the second launchpad at Satish Dhawan Space Centre here, over 100 km from Chennai.

Reliance Jio to focus on subscriber numbers not tariffs: report

Reliance Industries plans to remain focused on subscriber additions rather than chase higher tariffs for its Jio telecoms business, a top company executive said. Its strategy is aimed at prolonging the pressure on rivals such as Bharti Airtel and Vodafone Idea, whose revenue and profits have plunged since the launch of Jio by Reliance boss Mukesh Ambani, India's richest man.

GST Council to decide on lowering rates for EVs next week

The GST Council, chaired by Finance Minister Nirmala Sitharaman, will meet on July 25 and decide on lowering tax rates for electric vehicles, officials said. The 36th meeting of the Council, which will happen through video conferencing, is also likely to decide the valuation of goods and services in solar power generating systems and wind turbine projects for the purposes of levying GST.

Air India has stopped giving promotions for its employees and recruiting new personnel as the government prepares for the disinvesment of the debt-laden airline. The government is expected to soon start the disinvesment process for Air India, which has a debt burden of more than Rs 50,000 crore.

China has said it values India's concerns on the bilateral trade imbalance and is willing to discuss new approaches to address the issue and asked New Delhi to join Beijing in its fight against "unilateralism and protectionism" amidst a bruising trade war with the US. Trump kicked off a trade war with China last year by slapping 25 per cent duties on more than USD 250 billion of Chinese imports.