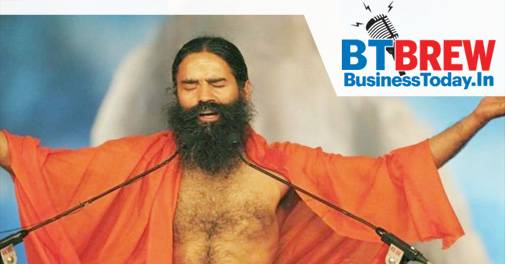 Aviation watchdog DGCA Tuesday asked airlines to reduce fares on ten domestic routes to "reasonable levels" as ticket prices on these high-density routes have risen up to 30 per cent in last one month, according to a senior official. Amid concerns over a spike in airfares, mainly after grounding of scores of planes by ailing Jet Airways, the Directorate General of Civil Aviation (DGCA) held a meeting with representatives of various airlines.

Baba Ramdev's Patanjali Ayurved will open more than 500 stores of company's apparel brand Patanjali Paridhan throughout the country this year, the yoga guru said Tuesday. The company will open over 500 Patanjali Paridhan stores in the country where clothes made of bamboo fibre and khadi will be made available, Ramdev told reporters at the launch of a store here Tuesday.

How India Inc is getting employees, customers to go vote

India Inc is doing its bit to encourage employees to cast their vote. Offering paid leave on voting days is just the start. For instance, Walmart-owned Flipkart is organising voter registration camps for employees as well as their families, The Economic Times reported. These camps are meant to facilitate not just first-time voters but also those seeking to shift registration to a different constituency.

Google has blocked access to the hugely popular video app TikTok in India to comply with a state court's directive to prohibit its downloads, a person with direct knowledge of the matter told Reuters on Tuesday.The move comes hours after a court in southern Tamil Nadu state refused a request by China's Bytedance Technology to suspend a ban on its TikTok app, putting its future in one of its key markets in doubt.

Jet Airways Ltd will be forced to shut down as soon as Wednesday if it does not get emergency funding from its lenders, two sources familiar with the matter said on Tuesday.Bankers and an Indian government official said lenders are trying to line up funds to keep aloft the once-dominant Indian airline, whose shares earlier on Tuesday slumped to their lowest levels since August 2015.

The Lok Sabha election to the Vellore constituency in Tamil Nadu was cancelled Tuesday by the Election Commission (EC) two days ahead of the polling following recovery of huge amount of cash allegedly from an associate of a DMK leader recently.Perhaps, this is the first time election to a Lok Sabha constituency has been cancelled over use of money power.

Will continue to make diesel cars that customers can afford, says Maruti Suzuki

The country's largest carmaker Maruti Suzuki India (MSI) Tuesday said it will continue to manufacture diesel cars that customers can afford, thus ruling out stopping the production of diesel cars completely. The cars are set to get costlier with the upcoming BS-VI emission norms from April next year.While the bigger cars are likely to continue, the carmaker is expected to pull the plug on small diesel cars in its portfolio.