China announces tariff hikes on US goods worth $60 billion 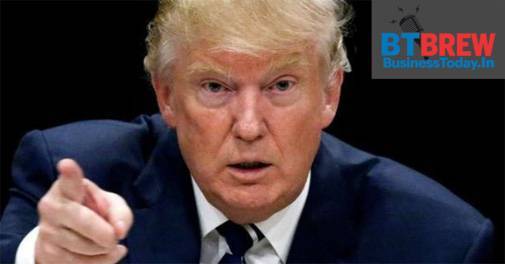 In a latest example of machines replacing humans, Amazon.com Inc is rolling out machines to automate a job held by thousands of its workers: boxing up customer orders. The company started adding technology to a handful of warehouses in recent years, which scans goods coming down a conveyor belt and envelopes them seconds later in boxes custom-built for each item. Amazon has considered installing two machines at dozens more warehouses, removing at least 24 roles at each one.

China on Monday increased tariffs on USD 60 billion worth of US goods in a tit-for-tat to America's move to raise tariffs on USD 200 billion worth of Chinese imports, saying Beijing will not "succumb to foreign pressure". China's retaliation came hours after US President Donald Trump warned his Chinese counterpart Xi Jinping that Beijing "will be hurt very badly if you don't make a deal."

Better employment opportunities, healthcare and drinking water were the top three issues on which voters want the government of the day to work on, a national survey conducted by the Association for Democratic Reforms (ADR) has claimed. As per the survey, conducted between October and December in 2018, the performance of the government has been rated "below-average", Jagdeep Chhokar, founder member, National Election Watch, ADR, told reporters. The survey covered 534 Lok Sabha constituencies with 2,73,487 voters participating in the exercise.

F-21 jets will not be sold to any other country if it wins IAF deal, says Lockheed

US aerospace giant Lockheed Martin says it will not sell its newly rolled out F-21 fighter jet to any other country if India places an order for 114 planes, in an offer aimed at pitching itself ahead of its US, European and Russian competitors for the mega deal. Vivek Lall, vice president of Strategy and Business Development for Lockheed Martin, says if F-21 wins the contract, then India will be integrated into the company's global fighter ecosystem, which is a USD 165 billion dollar market.

Former ICICI Bank chief Chanda Kochhar appeared before the Enforcement Directorate on Monday, along with her husband Deepak Kochhar. The Kochhars reportedly arrived at the ED's Khan Market office in Delhi just before her scheduled appearance at 11am yesterday. Kochhar is required to assist the investigating officer to take the probe forward. Her statements are being recorded under the Prevention of Money Laundering Act (PMLA).

Grounded carrier Jet Airways' deputy chief executive and chief financial officer (CFO) Amit Agarwal has resigned. Agarwal's resignation is effective from May 13. The airline seized operations temporarily around mid- April due to acute liquidity crisis. Most of the airline's board members have also quit in the last one month.

NBCC has decided against diluting certain conditions, including exemption from tax liability, in its revised offer for debt-laden Jaypee Infratech even as lenders have flagged serious concerns about the state-owned firm's conditional bid. The NBCC's revised bid to acquire Jaypee Infratech and complete the work of over 20,000 flats would be discussed on May 14 by the Committee of Creditors (CoC). On Friday, lenders wrote to the NBCC seeking clarifications on certain relief and concessions put forward by the public sector firm in its resolution plan.

Drums Food International, the parent company of fresh FMCG brand Epigamia, Monday announced a multi-crore strategic partnership with Deepika Padukone, which includes an investment from the Bollywood actress. The company, however, did not elaborate the funding amount. Brand Epigamia, on the back of the capital raised and the strategic partnership with Deepika, will now look to expand into new products and enter new cities. Currently, the brand retails across approximately 10,000 touch points.