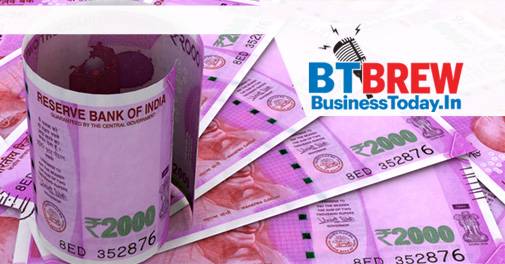 Equity markets will track election trends this week as the exit polls showed that the ruling NDA is likely to come back to power. The results of the seven-phase polls will come out Thursday and experts opined that markets have partly discounted exit poll outcome in the last few days. Most exit polls Sunday forecast another term for Prime Minister Narendra Modi, with some of them projecting that BJP-led NDA will get more than 300 seats to comfortably cross the majority mark of 272 in the Lok Sabha. Regulator Sebi and stock exchanges have beefed up their surveillance mechanism to check any manipulative activities in the market this week in view of the high-octane election related events lined up

The rupee rose in early trade today amid predictions that Sensex and Nifty  were likely to open higher after exit polls showed Narendra Modi-led NDA government was set to return to power on May 23. The Indian currency opened higher by 73 paise at 69.49 per dollar on Monday versus previous close of 70.22. The currency started the day at a two week high level.

McDonald's has removed several food items from its menu after taking over Connaught Plaza Restaurants Private Limited (CPRL) from Vikram Bakshi. The CRPL, that operates McDonald's chain of quick service restaurants in northern and eastern India, re-opened 13 out of the 165 outlets in Delhi NCR on May 19. The US burger chain has eliminated Maaza drink, McAloo Wrap, Chicken McGrill, Egg Wrap and Grilled Chicken Wrap from its menu indefinitely. There will be an enhanced service experience and a refreshed menu

Alphabet Inc's Google has suspended business with Huawei that requires the transfer of hardware and software products except those covered by open source licenses. This comes as a blow to the Chinese technology company that the U.S. government has sought to blacklist around the world.

Political parties have spent over Rs 53 crore on digital platforms like Google and Facebook between February and May, with the Bharatiya Janata Party (BJP) accounting for a lion's share of the spending. According to Facebook's Ad Library Report, there were 1.21 lakh political ads with a total spending of more than Rs 26.5 crore between February and May 15 this year.

Lenders to grounded Jet Airways are confident over the future of the airline, with Rajnish Kumar, chairman of State Bank of India (SBI) expressing hope that clarity will emerge in a week's time. "Various options are being evaluated. Legal opinion is being taken. There are many investors who are showing interest. We have to see whether they have the money and the wherewithal. I think the clarity should emerge in a week's time," the SBI chief told IANS on Saturday.