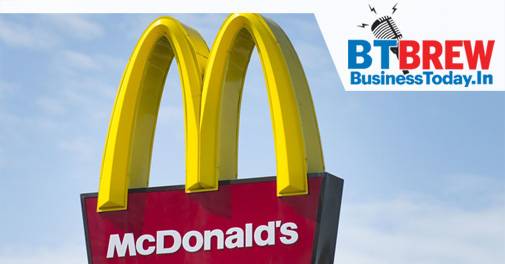 McDonald's announced it has reached an out-of-court settlement with its estranged partner in India, Vikram Bakshi. The US-based fast food major has bought out the stake of Bakshi in Connaught Plaza Restaurants Pvt Ltd (CPRL) that operated chain of McDonald's restaurants in north and east India. The company, however, did not disclose financial details of the settlement. With the completion of the deal with Bakshi, CPRL is now wholly owned by McDonald's India Pvt Ltd (MIPL) and its affiliate (McDonald's Global Markets LLC, "MGM").

Facebook Inc co-founder and former Mark Zuckerberg roommate Chris Hughes has called for the break up of the social network in an opinion piece in the New York Times. "We are a nation with a tradition of reining in monopolies, no matter how well intentioned the leaders of these companies may be. Mark's power is unprecedented and un-American," Hughes wrote here on Thursday. He said that CEO Mark Zuckerberg has allowed a relentless focus on growth to crush competitors and "sacrifice security and civility for clicks."

Following an NCLAT order, the Reserve Bank of India (RBI) has withdrawn its circular asking banks and financial institutions to declare details of their exposure and provisions related to the crisis-hit IL&FS. Last week, the National Company Law Appellate Tribunal (NCLAT) had allowed banks to declare their defaulting accounts of Infrastructure Leasing & Financial Services (IL&FS) and its group companies as non-performing assets.

The food services and restaurant industry will play a critical role in pushing India's economic growth, Niti Aayog CEO Amitabh Kant said Thursday.Kant also pointed out that the restaurant industry is the third largest after retail and insurance in the services sector. Kant also said there will be a huge food revolution in India and it will be driven by Indian entrepreneurs and chefs.

Jeff Bezos, the richest man in the world and head of space company Blue Origin, announced Thursday his intent to participate in the new race to the Moon with a high-tech lander to carry vehicles and equipment. "This is Blue Moon," the 55-year-old said at a carefully choreographed presentation in Washington, as curtains lifted to show a model of a huge vessel. It will weigh more than three metric tons empty, 15 fully fueled, and be capable of carrying 3.6 tons to the lunar surface -- or 6.5 in a variant model.

The Ministry of Corporate Affairs (MCA) has asked Serious Fraud Investigation Office (SFIO) to initiate a probe into Jet Airways and its subsidiaries over suspicions that the promoters of the company siphoned off funds, reports said. Weighed down by a debt burden of Rs 8,400 crore, the airline had to suspend operations in mid-April after it ran out of funds to stay afloat.