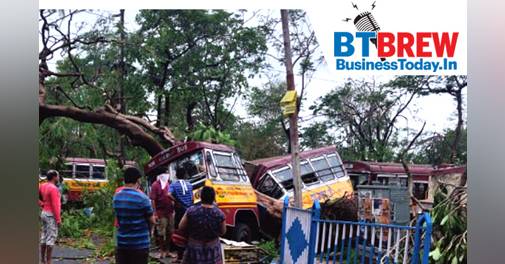 Reliance Industries on Friday announced that KKR would invest Rs 11,367 crore into Jio Platforms at an equity value of Rs 4.91 lakh crore and an enterprise value of Rs 5.16 lakh crore. This is KKR's largest investment in Asia and will translate into a 2.32 per cent equity stake in Jio Platforms on a fully diluted basis. KKR is making the investment from its Asia private equity and growth technology funds.

Calling India's Rs 20.9 lakh crore stimulus inadequate in providing for recovery of an economy pummelled by COVID-19, former RBI Governor Raghuram Rajan has said the package gives free foodgrains but migrant workers, rendered jobless by lockdown, need money to buy milk, vegetables and cooking oil and pay rent. "There is a lot more we need to do to put economy back on track. We have to pull all the stops," he said in an interview to 'The Wire'. "The package has some good points but it probably needs to do more', he said.

E-commerce giant Amazon will now be extending its service in the food delivery area. The delivery service called Amazon Food has been launched in some pin codes of Bengaluru. Some users in Bengaluru can see the food delivery option under Amazon Food.Amazon Food was to be launched in February, but was delayed due to coronavirus, reports suggest. Meanwhile, Swiggy and Zomato have started the delivery of alcohol and alcoholic beverages in the capital city of Jharkhand. They plan to expand their service in other cities of Jharkhand within this week.

Power outage and frequent fibre cuts have disrupted telecom connectivity in Cyclone Amphan hit areas, particularly Kolkata, North and South 24 Pargana districts of West Bengal. Industry players told PTI that still around 70 per cent of the telecom network in the worst affected areas is working and around 85-90 per cent of the connectivity will be restored by Friday evening.

India is in touch with UK over Vijay Mallya's extradition, says MEA

India is in touch with the British government over extradition of fugitive liquor baron Vijay Mallya after he exhausted legal options against New Delhi's request to the UK to extradite him. "The government of India is in touch with the UK regarding the next steps in his extradition process," External Affairs Ministry Spokesperson Anurag Srivastava said on Thursday. Mallya has been based in the UK since March 2016 and remains on bail on an extradition warrant executed three years ago by Scotland Yard on April 18, 2017. Last week, Mallya lost his appeals in the UK Supreme Court against his extradition to India to face money laundering and fraud charges.

China's defence spending this year will rise 6.6% from 2019, according to a report issued at the opening of the country's annual meeting of parliament on Friday, a slower rate than last year. The figure, set at 1.268 trillion yuan ($178.16 billion), is closely watched as a barometer of how aggressively the country will beef up its military capabilities.