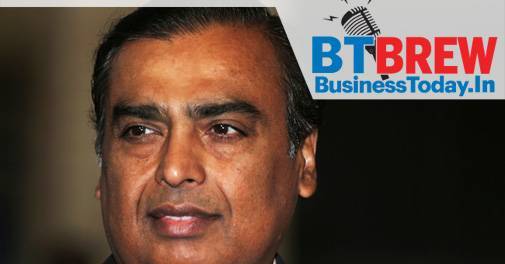 Sushma Swaraj, astute politician and one of India's most popular leaders, passed away on Tuesday night after suffering a massive cardiac arrest. Following the death of her news, politicians, actors, sportsmen, business leaders and other eminent personalities took to Twitter to mourn her passing. News of her death brought people across regions and ideologies together in their grief.

Mukesh Ambani-led Reliance Industries on Tuesday said it has entered into an agreement with British energy giant BP plc to form a new joint venture that will include a retail service station network and aviation fuels business across India. Mukesh Ambani, Chairman and Managing Director of Reliance Industries Limited, and Bob Dudley, Group Chief Executive of BP, signed heads of agreement for the venture in Mumbai.

India on Tuesday reacted strongly to a Chinese statement on New Delhi's decision to revoke Article 370 of the Constitution which gave special status to Jammu and Kashmir, and reminded Beijing that the matter was "internal" to India. China has expressed its concerns about the current situation in Kashmir and also opposed the move to make Ladakh a separate Union Territory.

The escalation of US-China trade skirmishes prompted a bloodbath on Wall Street on Monday with the Dow Jones Industrial Average plummeting 767 points and the S&P 500 index falling nearly 3 per cent. It was the biggest single-day drop posted by US stocks this year, and in the bargain the world's 500 richest individuals took a massive hit to their personal fortunes. The 500 names on the Bloomberg Billionaires Index lost 2.1 per cent of their collective networth, or $117 billion, the news agency reported. The world's richest man, Amazon founder Jeff Bezos saw the steepest decline of $3.43 billion. Reliance Industries Chairman Mukesh Ambani, who saw an erosion of $2.45 billion.

Former Finance Minister Arun Jaitley has said any citizen of India can now settle and invest in Jammu and Kashmir, ushering in jobs and development. On Monday, Rajya Sabha approved the motion to carve Jammu and Kashmir into two union territories, effectively revoking Article 370 that granted special status to the state.

India Inc has turned in its most disappointing quarterly numbers in at least three years and analysts warn hopes for any festive season cheer are likely to be dashed by a slowing economy. More than 60% of 125 firms that have reported so far, and are tracked by analysts, missed profit forecasts for the June quarter, the most since at least 2016.