Looking forward to my first visit to India: US President Donald Trump 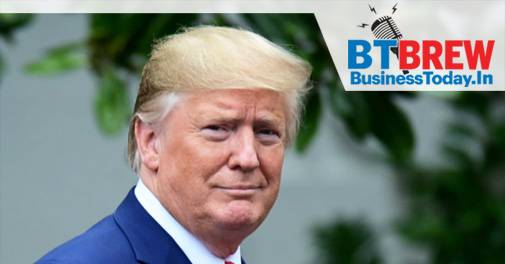 World Health Organisation names coronavirus as COVID-19
The new coronavirus that has killed over 1,000 people in China and sickened more than 43,000 others globally has been named 'COVID-19', the World Health Organisation said on Tuesday. The CO stands for corona, the VI for virus and the D for disease, Tedros Adhanom Ghebreyesus, director-general of WHO, announced Tuesday at a news conference at the agency's headquarters in Geneva.

Looking forward to my first visit to India: US President Donald Trump
US President Donald Trump has said that he is looking forward to his first visit to India later this month and indicated that the two countries may sign a trade deal. At the invitation of Prime Minister Narendra Modi, Trump is slated to travel to India on February 24 and 25. In addition to New Delhi, he will stop in Ahmedabad in Gujarat to address a joint public meeting with Modi at a stadium.

Delhi Election Results: AAP clean sweeps Delhi as BJP, Congress concede defeat early on
Aam Aadmi Party left the two national parties no choice but to accept their defeat even before the counting of votes for Delhi Assembly elections was halfway done. The Arvind Kejriwal-led party convincingly managed to claim a third stint in power at the national capital by winning 62 out of 70 seats up for grabs in the poll fray. The Bharatiya Janata Party remained a distant second with only 8 seats to its name. Congress could not win a single seat this time either.
India's economic growth set to bounce back as slump bottoms out: government adviser
Indian economic growth is poised to bounce back after slipping to a more than six-year low of 4.5% in the July-September quarter as the government has taken measures to prop up investments and consumer demand. "Corporate tax reductions, the Insolvency and Bankruptcy Code and the banking sector reforms have helped and will help propel growth further," Sanjeev Sanyal, principal economic adviser at the finance ministry, told Reuters.
Sitharaman seeks to debunk data fudging claims, takes on Chidambaram over defence budget allocation
Finance Minister Nirmala Sitharaman on Tuesday sought to debunk claims of data fudging by the government and said the government was not hiding any numbers. Without naming Congress leader P Chidambaram, she took on the former finance minister for his remarks that the chief of defence staff should strongly protest against the reduced budget allocation for defence sector and that his party would stand in his support. Talking about previous UPA government, Sitharaman said "the entire defence ministry was paralysed, the defence of India was paralysed, they did not have an equipment and look at the way, bullet-proof dresses were not available". She asserted that Modi government has not fudged any accounts.