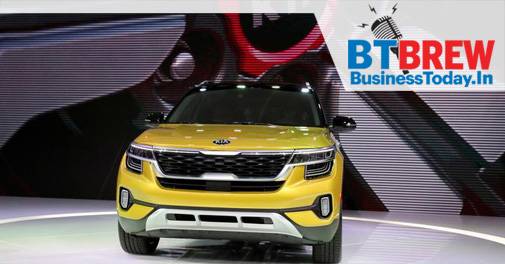 Kia Motors completes 1 lakh sales in record time
Kia Motors India on Friday announced that it has crossed the 1 lakh cumulative sales milestone. With this, the Korean auto manufacturer has become the fastest automaker in India to have reached this target. It did so in just 11 months. Kia had debuted in India back in August 2019.
Eight core industries' output down for 4th straight month, contracts 15% in June
Output of eight core industries contracted by 15 per cent in June on account of decline in production of coal, crude oil, natural gas, steel, cement and electricity. It is the fourth straight monthly contraction, according to the data released by the Commerce and Industry Ministry on Friday.
Mukesh Ambani calls for 2G-free India,urges govt to take necessary policy measures
Reliance Industries Limited (RIL) chairman Mukesh Ambani on Friday urged the government to take urgent policy measures to make India 2G-free. Feature phones of the 2G era have kept around 30 crore subscribers away from basic internet services when India and other nations are venturing into the 5G era, Ambani said at the silver jubilee event to mark the first mobile phone call made in India.
India posts record fiscal deficit as coronavirus hits economy
India's fiscal deficit touched a record $88.5 billion in the April-June quarter, 83.2% of the target for the whole of the current fiscal year, reflecting the impact of the coronavirus pandemic on tax collections and as the government front-loaded its spending. The economy is forecast to shrink 5.1% in the current fiscal year, and 9.1% under a worst-case scenario.
US spends $2.1 billion more over potential COVID-19 vaccine
Pharma giants GlaxoSmithKline and Sanofi Pasteur have announced they will supply 100 million doses of its experimental COVID-19 vaccine to the United States as governments buy up supplies in hopes something will work. The United States will pay up to USD 2.1 billion for development including clinical trials, manufacturing, scale-up and delivery of its vaccine.