Jet Airways on a steady fall, operations down to just 32 flights 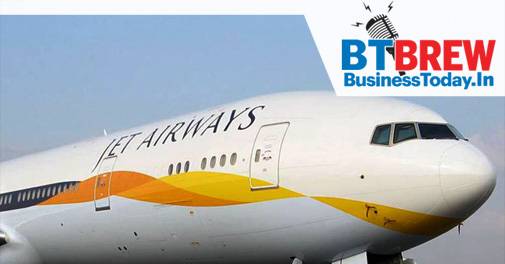 Ford likely to end independent India business with new Mahindra deal
Ford Motor Co is nearing a deal with Mahindra & Mahindra to form a new joint-venture company in India, a move that will likely see the U.S. automaker cease independent operations in the country, two sources with direct knowledge of the talks told Reuters.The deal would make Ford the latest automaker to pare back its interests in India.

Jet Airways on a steady fall, operations down to just 32 flights
Crumbling Jet Airways has massively reduced its operations from its main hub Mumbai to just about 32 flights Tuesday. Amid acute financial crunch, which has also forced it to delay salaries to employees and payments to banks, aircraft lessors and vendors, Jet is struggling to remain afloat.

Indian MSMEs can create 1 crore jobs in 5 years, says report
India's MSME sector has the potential to create up to 1 crore new jobs in the next 4-5 years by focusing on developing the enterprises in certain segments through partial substitution of imports, a report has said.

Boeing reports 19% drop in Q1 plane deliveries on MAX grounding
Boeing on Tuesday reported a 19 per cent drop in first-quarter commercial airplane deliveries as the global grounding of its 737 MAX plane hits results. The aerospace giant delivered 149 commercial planes in all in the first quarter, including 89 of the 737 aircraft. That is down from 184 commercial deliveries and 132 of the 737s in the year-ago period. Plane deliveries are closely tied to company revenues.

1 in 2 respondents received fake news in last 30 days through social media, claims survey
Ahead of the general elections, spread of misinformation through social media platforms like Facebook and WhatsApp seems to have gathered pace, with a study claiming that one in two respondents have received fake news in the last 30 days. Circulation of fake news on digital platforms has been a pain point, and the government has warned social media companies that any abuse of the platforms to influence electorate will not be tolerated.

Rahul Gandhi to file nomination from Amethi today
The country will witness the first phase of polling for a total of 91 Lok Sabha seats spread over 20 states and UTs on Thursday (April 11).  Meanwhile, Congress President Rahul Gandhi will file his nomination papers from the Amethi Lok Sabha seat

Huawei breaches $1,000 price mark for smartphone in India with P30 Pro
Chinese telecom firm Huawei breached the $1,000 price ceiling in India with the launch of a four-camera 4G smartphone on Tuesday to compete in the ultra-premium segment, which is currently dominated by Samsung and iPhone maker Apple.The company is the first Chinese player to launch a premium device with an ultra-high price tag of USD 1,000 in India. US-based Apple is the only brand selling devices in the above-USD 1,000 price range in the country.