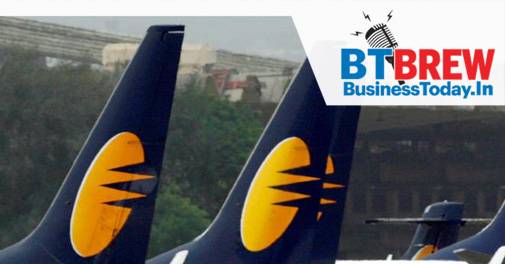 Jet Airways crisis: Airline's pilots union urges SC to direct SBI to release funds
The Jet Airways' pilots union moved the Supreme Court on Tuesday with a plea to direct banks and lenders to release the interim funding to the debt-ridden airline. The union, National Aviator's Guild (NAG) blamed State Bank of India (SBI) for the situation of the airline. The NAG also said that decisions like allotment of slots, deregistering of aircraft and giving them off to other airlines were taken without any regard for the future of the 22,000 employees.

Why petrol, diesel prices may rise after Lok Sabha elections
Fuel prices in the country have stayed steady the past couple of months. Since March 11, petrol prices have gone up by less than 1%. But the party will only continue for a couple of weeks at best and after that Indian consumers are in for a painful price surge as domestic prices realign with global prices. Moreover, there could be additional price increases as the oil marketing companies move to make up for losses or profits missed during the ongoing period of delayed increases

U.S. warns India against retaliatory duties over scrapping of trade privileges
Any retaliatory tariff by India in response to the United States' planned withdrawal of some trade privileges will not be "appropriate" under WTO rules, U.S. Commerce Secretary Wilbur Ross warned. Indian officials have raised the prospect of higher import duties on more than 20 U.S. goods if President Donald Trump presses ahead with a plan announced in March to end the Generalized System of Preferences (GSP) for India.

Gold falls on muted demand from jewellers despite Akshaya Tritiya
Tepid demand from jewellers pulled down gold prices by Rs 50 to Rs 32,670 per 10 gram at the bullion market here on Tuesday, according to the All India Sarafa Association. Silver too shed a marginal Rs 10 to trade at Rs 38,120 per kg. According to traders, fall in demand from local jewellers and retailers at the domestic spot market led to the dip in gold prices despite Akshaya Tritiya, a day considered auspicious to buy gold.

Google plans new browser tools on privacy, ad transparency
Alphabet Inc unit Google in the coming months plans to introduce new internet browser tools to limit how users' web activity is tracked by advertising companies and give them greater insight into why certain ads are shown to them.