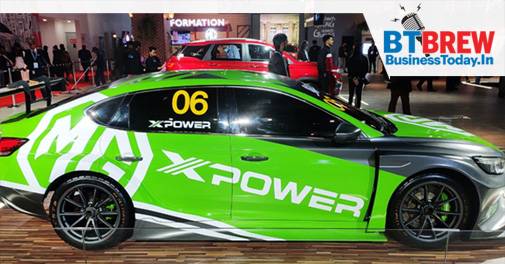 Flipkart shuts down Jabong; to concentrate on Myntra
Walmart-owned Flipkart has formally shut down Jabong to concentrate on its premium fashion marketplace Myntra. Flipkart which had acquired the fashion platform around four years ago is now going to redirect Jabong's portal and its app to Myntra's shopping window.

Volkswagen's Skoda targets Indian revival with tougher safety, emission rules
Skoda is hoping government moves to drag regulations for cars sold in India up to developed market standards will help turn around its fortunes in a market where it has stalled. The Volkswagen-owned Czech carmaker has been tasked with helping its German parent achieve a 2025 target of a 5% market share in India, which is dominated by home-grown automakers including Maruti Suzuki, Tata Motors and Mahindra & Mahindra.

Coronavirus: Death toll in China rises to 490, Japan confirms 10 fresh cases on ship
Deaths from the new coronavirus rose to 490 in mainland China on Wednesday while new cases on a Japanese cruise ship, in Hong Kong and in Thailand showed the increasing spread of the outbreak and renewed attention toward containing it. Ten people from the cruise ship tested positive and were taken to hospitals.

India guards against virus at car show dominated by Chinese firms
India's biennial auto show that kicks-off this week is set to be dominated by Chinese automakers showcasing cutting-edge electric vehicles and connected cars - but with booths staffed only by Indian employees and representatives. With the death toll from a new coronavirus outbreak in China nearing 500 and cases of the disease spreading across the globe, organisers of the show are reassuring visitors that officials arriving from China will not be in attendance.

Auto Expo 2020: Maruti unveils e-Futuro electric SUV concept car as it gets set for electrification
India's largest carmaker Maruti Suzuki India kickstarted the 15th edition of the biennial Auto Expo on Wednesday showcasing the concept Futuro-e electric SUV concept that will be the foundation of its electric car portfolio during the course of the decade.

Indo-US trade deal likely during Trump's India visit
India and the US are set to seal a trade deal during President Donald Trump's planned visit to India in the last week of this month, multiple sources said. Trade officials of India and the US are giving final touches to the deal expected to cover specific sectors, they said. Trump is set to visit India on a two-day trip between February 23 and 26 and both sides are in the process of fine-tuning his schedule, sources said.