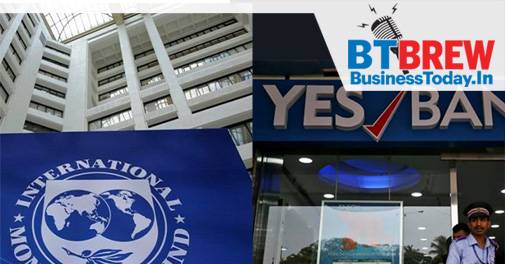 Demonetisation caused 3 percentage point decline in jobs, economic activity, says new study
A new study has found that demonetisation led to a significant decline in cash, which lowered India's economic growth and led to a reduction in jobs by at least 2-3 percentage points in the quarter of the note ban. The paper, 'Cash and the Economy: Evidence from India's Demonetisation', written by Gabriel Chodorow-Reich, an associate professor of economics at Harvard; Gita Gopinath, the Economic Counsellor and Director of the Research Department of the IMF; and Prachi Mishra of Goldman Sachs and RBI's Abhinav Narayanan, was done to highlight "the consequences of demonetisation in the cross-section of Indian districts".
The study shows that Indian districts that experienced more "severe demonetisation shocks" had much larger contractions in ATM withdrawals, and highlights its effects on the Indian economy. It also talks about the rise of alternative forms of payment options, including mobile wallets, after demonetisation.
Over 10,000 hotels cry foul and check out as Softbank-backed Oyo booms
As Oyo pushes toward profitability, an increasing number of Indian hotel operators who have partnered with it are complaining about being blindsided by fee increases. The backlash against Oyo - while limited to a small share of the more than 10,000 hotel owners in India who work with it - comes at a crucial time for an emerging-market unicorn valued at $10 billion and its major investor. Oyo charges hotels a roughly 20% franchise fee on room revenues when hotels join its network, but some Indian hotel operators say the startup often ends up taking half or more of revenues through fees that were not initially disclosed.
Don't cut trees for now, says SC; Mumbai's Aarey forest next hearing on Oct 21
The Supreme Court on Monday restrained authorities from cutting anymore trees in Mumbai's Aarey to set up a Metro car shed. A special bench comprising justices Arun Mishra and Ashok Bhushan said it will have to examine the entire thing and posted the matter for hearing on October 21 before its forest bench. The felling of trees is being opposed by green activists and local residents.
YES Bank files police complaint over 'fake news' of its financial health

YES Bank has filed a complaint with the Mumbai Police and cyber cell against "fake news and spread of rumours about the Bank's financial health on WhatsApp and other social media platforms". The complaint was filed in the backdrop of promoters cutting their stake and lenders to the bank revoking its shares pledged with them. YES Bank requested the authorities to form a multi-disciplinary team of experts for detecting the origin of the fake news and assess the short-sell positions, held either directly or indirectly by such accused persons.
Care Ratings downgrades Patanjali due to concerns over Ruchi Soya merger
Care Ratings has downgraded the credit ratings of Baba Ramdev's Patanjali Ayurved due to concerns over its financial standing in light of merger with Ruchi Soya. The ratings agency has downgraded Patanjali's long-term bank facilities to A- from A+. Care has also placed the ratings on "Credit Watch with Negative Implications". Patanjali Consortium Adhigrahan Pvt - a venture by Patanjali Ayurved - and three other companies controlled by Baba Ramdev are going to take over Ruchi Soya Industries for Rs 4,350 crore.
PMC Bank crisis: Fictitious accounts created by lender belonged to dead people, says Mumbai Police
The Mumbai Police's Economic Offences Wing have found out that most of the fictitious accounts created by the PMC Bank to hide the loans advanced towards the bankrupt realtor HDIL, belonged to dead account holders. Sources said that the fictitious accounts - over 21,000 - mentioned in the Advances Master Indent submitted to the RBI in March 2018 mostly belonged to dead account holders, while some belonged to people who had closed their accounts with the bank.