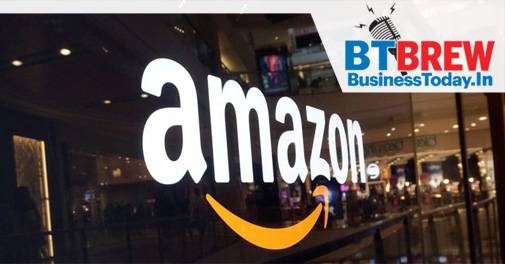 India's health ministry has proposed a ban on the production and import of electronic cigarettes, documents seen by Reuters showed, potentially jeopardizing the expansion plans of big firms like Juul Labs and Philip Morris International. The ministry has proposed that the government issue an executive order banning the devices in the public interest, saying it was needed to ensure e-cigarettes don't become an "epidemic" among children and young adults.

Infosys co-founder NR Narayana Murthy on Thursday said India has for the first time in 300 years an economic environment that breeds confidence and optimism that its poverty can be eliminated.  He was addressing the fourth convocation function of Madan Mohan Malaviya University of Technology (MMMUT) at Gorakhpur.

Amazon to acquire 49% stake in Kishore Biyani's Future Coupons; to get minority stake in Future Retail

American e-commerce giant Amazon is going to acquire a 49 per cent stake in Kishore Biyani-led Future Group entity Future Coupons Ltd for an undisclosed amount. The transaction is subject to regulatory approval. The entity owns a 7.3 per cent stake in Future Retail Ltd, the group's brick-and-mortar retailer. This will give Amazon around 3.58 per cent indirect stake in Future Retail, which owns Big Bazaar, Nilgiris and Easyday stores. With over 1,600 stores across the country, Future Retail is one of the biggest brick-and-mortar businesses in India.

Troubles seem to be mounting for both P Chidambaram and his son Karti Chidambaram as investigating agencies try to find links between the alleged overseas payments and Karti's benami foreign assets. It is alleged that Karti bought many such properties from the proceeds of the bribe money he received overseas. In a new revelation, the Enforcement Directorate (ED) has a copy of an email that shows Karti owns benami properties in the United Kingdom, reported India Today.

The CBI has expanded the probe against former finance minister P Chidambaram, bringing under its ambit foreign investment clearances given to companies other than INX media during his tenure, officials said Thursday. The CBI suspects that Chidamabaram and his son Karti also received kickbacks from other companies to facilitate foreign investment clearances through the FIPB route which necessitates the former minister's custodial interrogation, they said.

Pakistan will no longer seek dialogue with India as it has repeatedly rebuffed peace overtures, Prime Minister Imran Khan said, a charge rejected by New Delhi which has repeatedly asked Islamabad to take "credible" action against terror groups to resume the talks. Stepping up his criticism of India after it revoked Jammu and Kashmir's special status early this month, Khan told The New York Times that he fears the threat of a military escalation between the nuclear-armed neighbours.