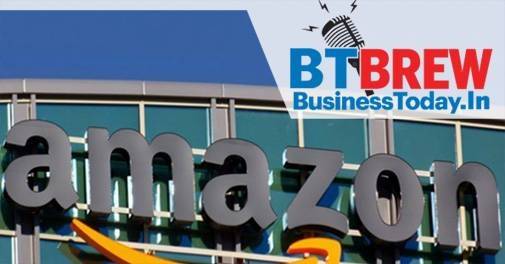 E-commerce major Amazon on Monday said its seller base has crossed the five lakh mark in the country boosted by various India-first innovations and traders from small cities and towns. The e-tailer has crossed the mark in its more than five years of operations in the country, an official said.
SBI tightens lending terms for auto dealers as car sales slump: Report
State Bank of India (SBI) has tightened lending terms dramatically for auto dealerships, according to a source and an internal memo seen by Reuters, seeking to reduce its exposure to risk from a sector in the midst of a sharp downturn. The shadow banking crisis that began to unfold in India during mid-2018 has deepened this year.

Parliament passes bill to curb Ponzi schemes, protect poor investors
Parliament on Monday passed a bill which seeks to put in place a mechanism to protect gullible investors from being duped by Ponzi schemes and ensure that they get back their hard-earned money. The Banning of Unregulated Deposit Schemes Bill, 2019 was passed by a voice vote in Rajya Sabha after members, cutting across party lines, supported the legislation that had received Lok Sabha's nod on July 24.
Tax rise for high earners may trigger fund flight: former RBI governor Bimal Jalan
Former Reserve Bank of India (RBI) governor, Bimal Jalan, has warned that the higher income taxes the government introduced in its budget could lead to a flight of funds from the country. Finance Minister Nirmala Sitharaman, in her budget this month, raised taxes on people earning more than Rs 1 crore ($145,000) a year to at least 42.7%. That included foreign portfolio investors registered as trusts.
Instagram hides 'likes' count on app
Instagram is hiding the 'likes' count on the app in several countries to remove social pressure on users. This update allows only the user to see the number of likes a post has received. The followers of the user won't be able to see it. The photo and video-sharing social networking app has started this test on a trial-basis in Canada, Australia, Brazil, New Zealand, Ireland, Italy and Japan.
Bharti Airtel deploys digital network infrastructure for Uttar Pradesh
Telecom operator Bharti Airtel on Monday said it has designed and implemented a State Wide Area Network (SWAN) for the Uttar Pradesh government as part of the e-governance initiative. The network infrastructure now digitally connects all state headquarters, district headquarters, block headquarters and tehsil headquarters across Uttar Pradesh and enables the delivery of Government-to-Government as well as Government-to-Citizen services in a seamless manner.