Meet the most powerful women in business

Business Today's 12th annual listing of women achievers. We drew up a long list of over 150 women and then shortlisted 55 contenders. Finally, 25 made the cut after jury deliberations.

A brief look at the women in BT's top league.

Before the UPA government determinedly pursued its goal to make CSR mandatory for corporates in the new Companies Act, 2013, Ambani was conceptualising widening RIL's social influence beyond its own locations. That gave birth to Reliance Foundation.

In her five years with Wyndham, Deepika Arora, Vice President (International Development) for India, has trebled the number of its hotels to 24, 13 of them in new cities.

Though VIP had a market share of 60 per cent but the youth didn't identify with it. Radhika resurrected the country's first strolley brand, Skybag and positioned it as a youth product.

How Priya Nair is making a difference to the society

The first woman chief of the largest state-owned Indian bank, SBI, has packed more work than one would have expected in the two years she has been in the corner office.

In 2014/15, Ipsita Dasgupta worked on building the China strategic marketing team and pivoted strategy for two of GE's biggest businesses - oil and gas and renewables.

How Anuradha Desai is expanding her poultry biz

Desai took over the Venkateshwara Hatcheries in 1996. Today, the group has one listed company Venky's, which supplies chicken to groups like KFC, Pizza Hut, Domino's, etc.

This year alone, Lupin has acquired five companies in South Africa, Russia, the US, Germany and Brazil under CEO Vinita Gupta's leadership. Besides, she has played an important role in globalising Lupin.

Apollo has outperformed under Sunita's leadership

Apollo Hospitals has not only grown organically, but under Managing Director Sunita Reddy, it has also made three significant acquisitions.

Eros' Jyoti Deshpande is poised to make it big

For Jyoti Deshpande, life is not about survival, but to conquer the imaginations of the on- and off-screen audience.

Neelam Dhawan is as seasoned as it gets. Before HP, she was the MD of Microsoft India. She is best described by a former colleague who says she is "remarkably successful", "one of the finest sales leaders" and one who "likes winning".

Fiscal 2014/15 was about growth and consolidation. She renamed her company, AND Designs India. Today, it comprises over 2,500 employees, with 650 points of sale across 60 cities, including 150 exclusive brand outlets.

The re-positioning led by Tanya Dubash, according to A. Mahendran, former Managing Director of Godrej Consumer Products, not only resulted in robust revenue growth for the group but also helped it attract better talent.

Kirthiga Reddy is working on making Facebook a sustainable business

Data from the Registrar of Companies show Facebook Online Services India Pvt Ltd had revenues of Rs 97.6 crore in March 2014. That is much ahead of rival Twitter.

When Nestle India wanted to challenge the notices on Maggi noodles sent to it earlier this year by the Food Safety and Standards Authority in India , it was Pallavi Shroff the company turned to.

the fact that Ramkrishna, the daughter of a middle-class accountant, heads the NSE as its Managing Director and CEO, makes her one of the most powerful people in Indian business.

Sangita Singh has doubled her unit's revenue in 4 yrs

The CEO, Healthcare and Life Sciences,Wipro, in 2014 declared that HLS would become a $1-billion division in a couple of years. She asserts she is on track to achieve that goal.

The company Nishi runs is the fourth-largest in India by revenues - Rs 2.06 lakh crore in 2014/15 - making her unquestionably one of India's most powerful business people.

Capgemini India CEO has grown into one of the most powerful leaders in the IT services industry. The company has recently acquired IGATE which will make Capgemini's India arm one of the largest MNC IT employers.

Focusing strongly on the digital platform, Shanti Ekambaram is reaching out to an ever growing number of customers.

Arathi Krishna has played a key role in TVS' success

In the last financial year, the company's income rose 16 per cent to Rs 3,238 crore and its stock has given a return of more than 18 per cent over the last 12 months.

The chairperson and managing director of Bharat Hotels believes the mid segment is where the future lies and, keeping pace with the way industry is moving, has been quick to launch the Lalit Traveller brand - a mid-market offering.

Verma's innovator instincts have ensured that the Rs 30,805-crore fast moving consumer goods (FMCG) company has got back its much-needed focus on food.

The Art Of The Deal: Aisha De Sequeira Banking and finance has particularly thrown up a number of extremely high profile women achievers who have headed banks, run stock exchanges, or made their mark in areas such as deal making and private equity funding.

'Rising Tides: Facing the Challenges of a New Era' by Liam Fox is a must-read for students of politics.

The book does an excellent job of not projecting Elon Musk as a corporate deity, like many biographies do inevitably. 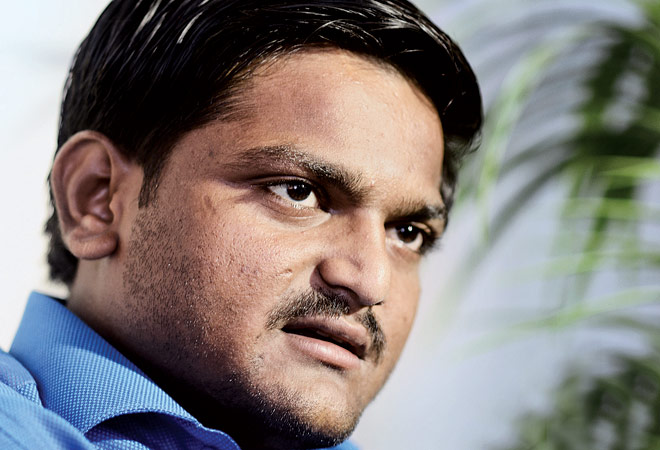 Hardik Patel's rallying cry is that the Patidar community, comprising 15 per cent of Gujarat's population, needs the OBC tag and the benefits of reservation that go with it. 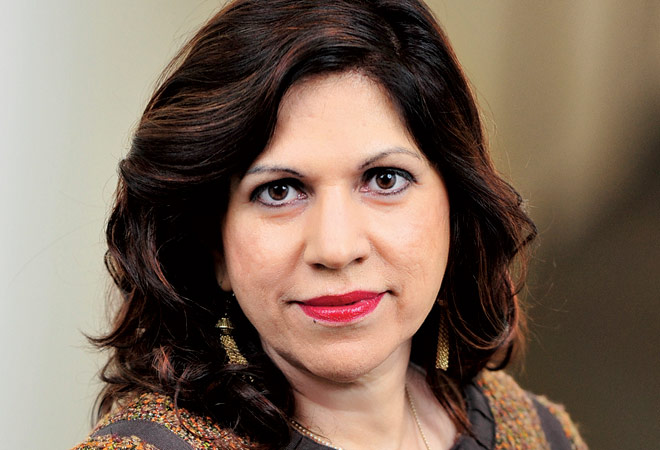 PC is the key engine for innovation: Intel India

In the PC era, Intel ruled, but there's a perception it has been left behind in the era of mobile devices. Kumud Srinivasan, President, Intel India, admits the need to work with greater velocity in this conversation with Business Today. Excerpts: Allrecipes.com, a Seattle-based website where people submit and find recipes, boasts of 1.3 billion annuals visits with a presence in 24 countries (including India). 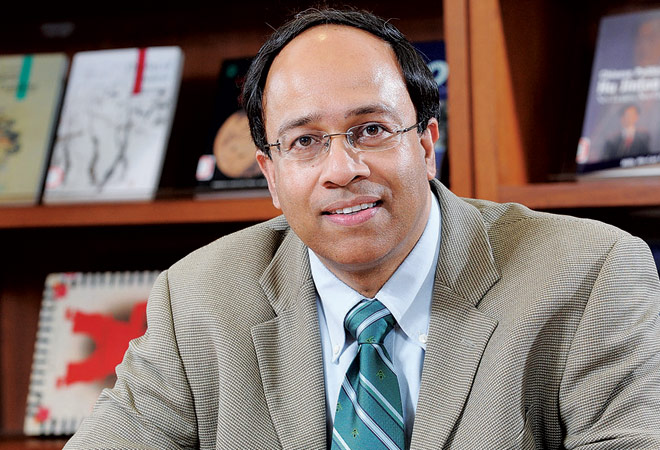 Make in India: The Role of Ecosystem Productivity

China has made a successful transition from a factor-based to an efficiency-based economy, largely because of its ecosystem productivity. India will have to buck up too if it wants manufacturing to contribute 25 per cent of the GDP by 2020. 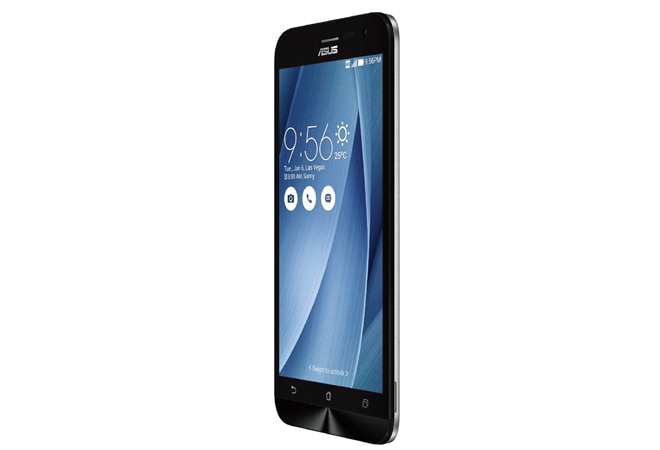 The highlight of the ZenFone 2 Laser is its 13 MP camera with laser auto focus and dual LED flash.

Refurbished gadgets are a rage in the market

Refurbished gadgets, which have caught the fancy of the Indian consumer, come at a considerable discount. Here's a sneak peak. Though India may be better off than others due to healthy macroeconomic parameters, the sell-off by global funds will keep markets here volatile, writes Senior Associate Editor Mahesh Nayak.

China's slowdown has hit at a time when US is showing signs of recovery. As a result, rupee suffered a 4.5 per cent depreciation since January 2015. But, should India worry if a currency war kicks off?

But Finance Minister Arun Jaitley or the chief economic advisor Arvind Subramanian seem to be sure of India's economic resilience and its ability to hold out and grow in the midst of a China-triggered global economic slowdown. 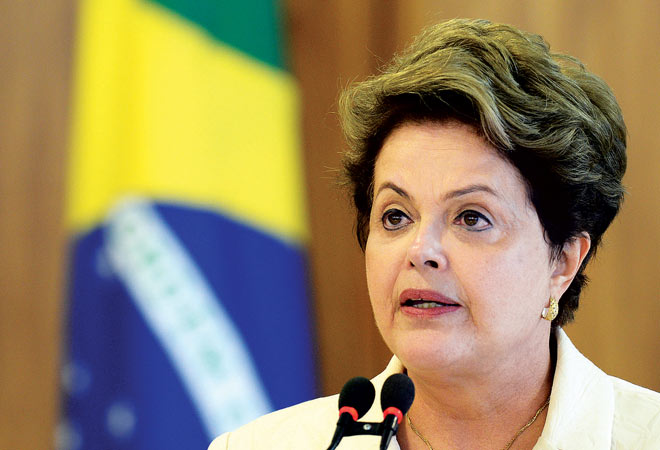 What made news this past fortnight

Bono's Facebook shares fetched nearly 1 billion pounds, more than his earnings in a career spanning nearly four decades. In 2009, the U2 frontman picked up 2.3 per cent share in the social media network for 56 million pounds.

Will the festive season bring cheer to the real estate market?

Does it make sense to buy now or wait for a price correction, which may or may not happen?

Exercise caution while buying a property during this festive season

Even in the case of discounts, investors should establish what the prices were prior to the discount announcement.

Is it the time to rebalance your portfolio?

It is pertinent to ask if this is the time to rework or rebalance the portfolio, given the not-so-enthusiastic view of how economies in emerging and developed markets

You can opt for a bigger house as well as claim tax benefits under two different sections of the Income Tax Act.

How to fix your credit score?

Most people realise the need to have a good credit score at the time of applying for a loan or a credit card or opening a bank account.

The life insurance industry has undergone a sea change since the global economic meltdown of 2008. Munish Sharda, MD and CEO, Future Generali Life Insurance, speaks with Teena Jain Kaushal on the challenges and opportunities. Excerpts: