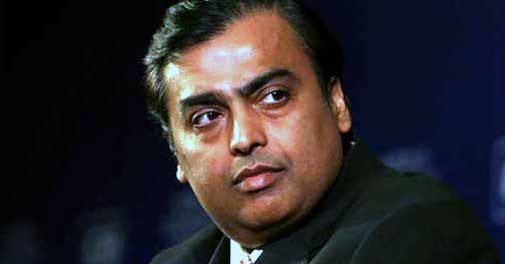 Reliance Industries has come up against a tough taskmaster in Petroleum Minister S. Jaipal Reddy. Several big-ticket proposals of the company are stuck at the petroleum ministry, something that people who follow the company and the ministry say is unprecedented.

Equip yourself with some of the technical tools used by experts to predict stock market trends.

Budget 2012 last chance for Pranab to get it right

Budget 2012 should create incentives for investment

Pranab Mukherjee is aware that there will be no real infrastructure and capacity addition in the economy unless there is growth in investments.

Fiscal compulsions might prevent Pranab Mukherjee from granting significant tax concessions. So, the chances of any tax breaks in the Budget are slim, concluded a Business Today panel that discussed Finance Minister's options.

People have been speculating whether the revenue department will respond by including provisions in Budget 2012 to stem the tide of perceived loss of tax revenues in broadly similar cases.

Preparing the annual Union Budget is a laborious and lengthy exercise that takes over five months, and is accompanied, in the fi nal stages, by an obsessive emphasis on secrecy

Large chunks of our 'mind space' are taken up by big events, and the government's annual Budget is truly like an assault on Everest - lots of base camps, sherpas carrying in demands and requests from the praja to the raja.

The Story of Indian School of Business

ISB's story has valuable lessons for those seeking to create world-class institutions.

People who made news in last fortnight

Govt to hurt more if Kingfisher shuts down

If Kingfisher Airlines goes belly up, the government will hurt too, not just Vijay Mallya. Banks effectively own 75 per cent of the airline, and the impact on their books could be devastating. FULL COVERAGE

There are around 25,000 US nationals and Green Card holders working for Indian IT companies. Indian firms may have to hire about 10,000 Americans every year to avoid losing out on lucrative business opportunities in the US.

All the major indicators for Bihar are up, but the state is still at the bottom of key development indices.

Slowdown not a dampener for real estate funds

Investment funds are still coming into real estate, but the rules of the game have changed following the slowdown.

The battle against corporate fraud

In its first India Fraud Survey, Ernst & Young finds that companies are keen to detect corruption, but do not always act when they find it.

Stiff competition from the big boys has halted the march of Indian handset makers. Quality issues have not helped.

Fortune in the woods

Mendha Lekha, the first village to be granted community forest rights, has used the opportunity to the fullest.

Waiting in the wings

Maintenance, repair and overhaul (MRO) of aircraft is a Rs 3,000-crore industry in India. Can Air India's MRO facility in Mumbai, the only one in the country where heavy maintenance tests for civil aircraft are carried out, be leveraged to rescue the beleaguered carrier?

Promoters get a free hand to play around with investors' money because there are many regulatory gaps in monitoring IPO proceeds.

Resentment is rife among the Uttar Pradesh voters over the mismanagement of government schemes and widespread corruption in the last five years.

Lessons for Ford, from India

The Indian arm is fast changing the way Ford functions. The Corporate Blue Book of Ford Motor Company is full of innovations from India which other regions are replicating.

When 'negative' is a positive step

With the introduction of the Goods and Services Tax (GST) delayed due to a political deadlock, it is likely that the Centre will bring about some significant changes in indirect taxes in the forthcoming Union Budget.

AT variants to rule Indian roads

Automatics outnumber manual variants overseas. With increasing numbers of Indians having travelled abroad and driven them, small cars with automatic transmission are bound to get more popular despite their higher cost.

While there are some 1,20,000 hotel rooms in the country at present, supply is struggling to keep pace. The country's hotel management schools graduate just over 10,000 students a year.

Kingfisher Airlines is battling on many fronts - huge debt, cancellations, and mounting weariness from the government and public.

Home to the highest concentration of makers of generic drugs, India has been a global source of cheap medicines. But seven years into the product patent regime, affordable access to some lifesaving drugs remains an issue.

Ajay Piramal is getting serious about diversifying his business interests. Piramal Healthcare has agreed to acquire an additional 5.5 per cent stake in Vodafone India from ETHL Communications Holdings (Essar) for approximately Rs 3,007 crore ($606.2 million).

The 'sticky bomb' used in an attack in New Delhi on an Israeli diplomat's car on February 14, setting the vehicle aflame and injuring its occupants, was the first such used in India.

Writing down your goals can help in navigating the tricky part of an appraisal.