Sanwaria Agro's tricks of trade have led to wealth creation

Anil Agrawal's Sanwaria Agro has been ranked one of the fastest wealth creators between 2006 and 2011. The Agrawal family has years of expertise in procuring soybean and supplying it to companies such as ITC and SM Dyechem.

"In the basmati rice industry, the most important asset is experience in the commodity. It takes time to acquire. Old is gold here, unlike with most other commodities where the old gets discarded," says the Delhi-based miller and exporter.

Jang Bahadur Singh Sangha has used technology to make the humble potato a money spinner. And he also rules maize. His family is the largest potato and maize producer in the country with more than 5,000 acres of land spread across Punjab.

Four agricultural barons who minted money in the fields

Many Indian lords of the field are raking in money with simple commodities such as potatoes, maize, rice and soybean, with their success attracting big private equity deals at a time when the rest of the economy is in the grip of a slowdown.. Business Today brings you a quartet that shows how it is done.

Capricorn Food is among top mango processors in India

Rahoul Jain has made Capricorn Food one of the top mango processors in India. The company sells pulp, concentrates and frozen fruit, but mango pulp accounts for the largest chunk of its business.

The cover story this fortnight is a good untold one, even if I say so. Ajay Modi, Shamni Pande and Anilesh S. Mahajan focus on a set of businessmen who made their riches from an economic activity that India has all but written off: agriculture. A Smorgasbord of Thoughts

Essays by 60 authors prescribe what should be done, but fail to explain why it is not done.

Financial writer Tamal Bandyopadhyay's second book is on the country's largest employer after the Indian Railways - Sahara India Parivar. With its primary business in the loosely regulated residuary non-banking business, Sahara and its Chairman Subrata Roy have courted both glamour and controversy. Bandyopadhyay's book, Sahara: The Untold Story, is rich in detail, anecdotes and context. Edited excerpts from the book releasing in January: 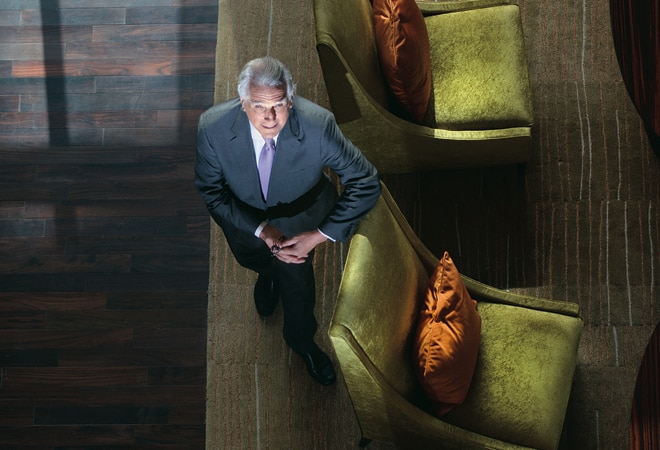 People who made news last fortnight 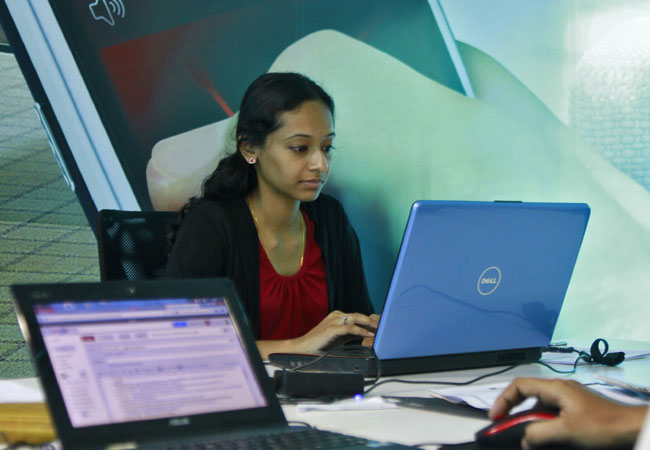 Non-executive directors at Indian firms have not proved effective

Non-executive directors at Indian companies have not proved effective so far in improving corporate governance practices. They themselves are partly to blame.

Why some new cancer drugs are still not available in India

There are more than a dozen drugs in important cancer treatment areas that are not available in India. The new drug flow into India has slowed down significantly and it is a matter of concern for oncologists and cancer patients.

A portable warmer comes to the rescue of premature babies

A portable warmer developed by two Indian students and their classmates at Stanford University is helping premature babies survive. With the help of venture capitalists, they have turned their classroom concept into a commercial product, sold under the brand name Embrace Nest.

Besides regular festivals, food and beverages venues have helped non-Bollywood music grow in India. The bands get a platform and customers get to hear independent music performed live.

Why India is grappling with shortage of natural resources

Mining has faced multiple problems in recent years. There have been problems in acquiring land for new mines and delays in government approvals. Increased judicial scrutiny following corruption scandals in the allotment of mining blocks and environmental degradation caused by illegal mining have made matters worse.

Gujarati Muslim businessmen disagree with Chief Minister Narendra Modi's politics, but say he has cut red tape, made the administration more responsive and lured many companies to invest in Gujarat.

Best of the lot

BT gets many responses to its case studies. Below is the best one on Renault Duster (October 27, 2013)

Business Today readers share the feedback on the magazine's coverage - 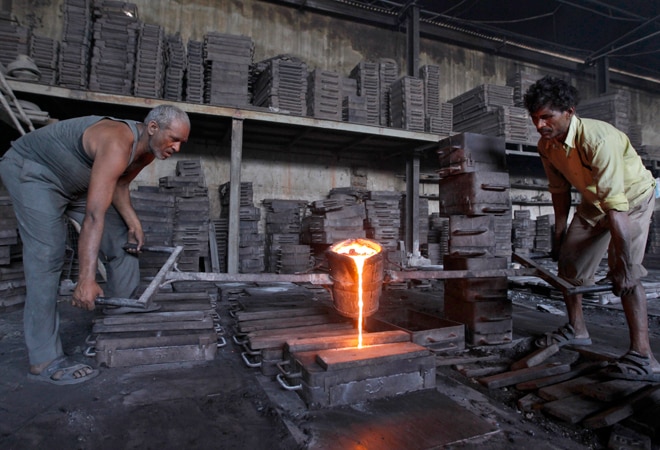 The Turnaround: Make the worst of times your best of times

Business Today hosts its first Mind Rush, a two-day event that brings global thought leadership to the doorstep of India for the leaders of tomorrow. Here's what's on the agenda of our business leadership on December 13 and 14. With 19 cities having taken up or set to take up metro projects, career prospects in metro engineering are plentiful. Training engineers for the special needs of metro transportation is getting more attention as well. 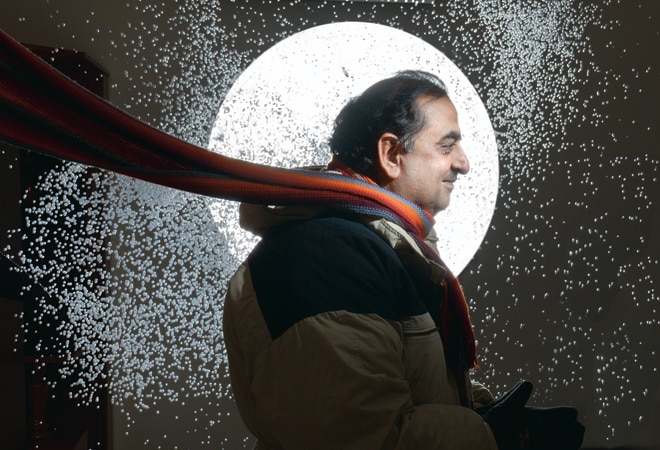 How Daikin scripted a remarkable turnaround story in India

Japanese air-conditioner maker Daikin Industries fared poorly in the highly competitive Indian market till 2009. But then the company rolled out a well-crafted strategy to capture a larger size of the market. This case study takes a look at its remarkable turnaround story. While feature phone sales fell 0.8 per cent, Smartphones sales rose 152.3 per cent in the July-to-September quarter.

Authorities are hoping to revive private-sector interest with two new so-called ultra mega power projects (UMPPs) in Orissa and Tamil Nadu that are part of the government's aim to provide cheaper power through economies of scale.

India to benefit from partial withdrawal of Iran sanctions

The lifting of the European Union restrictions on insurance opens the door for Indian refiners to increase imports to contract levels without breaching sanctions.

The sugar industry in Uttar Pradesh, India's largest sugarcane-producing state, is in crisis. Around 75 of the state's 123 sugar mills have chosen not to run this season and have stopped buying sugarcane to protest against the high sugarcane purchase price set by the Uttar Pradesh government.

India behind China in trade ties with South Asian nations

China's trade with South Asian nations has grown from $40 billion in 2006 to $85 billion in 2011. In terms of foreign direct investment in the region, China is way ahead of India.

Cane pricing has become a political issue in Uttar Pradesh

A delayed cane crushing season in Uttar Pradesh is hurting both the industry and farmers in the country's second-biggest sugar producing state. Successive state governments have largely ignored the economic rationale and steadily raised prices year after year.

Review: An app, HTC One and HP Chromebook

A personal trainer app, a shrinking HTC One and a Chromebook from HP

On Record/Sexual Harassment at the Workplace News you may have missed last fortnight

News you may have missed last fortnight - 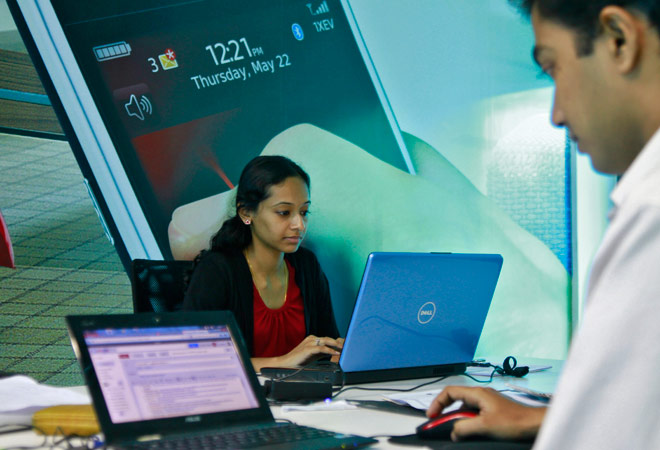 Business Today brings together students to voice their views on a significant business, economy-related issue in this B-School debate.

While some would object to 'contaminating' good liquor, you have to agree that a lip-smacking cocktail has its own merits.

The Party Animal in You

Take a peek at your personality type and find a niche for yourself in your city's vibrant nightlife.

Hard as it may seem, hosting a party doesn't necessarily have to be a nightmare. Some tips to organise a bash that will be the talk of the town this season.

The Mekong Restaurant takes you on a delightful tour of all the places touched by a beautiful river.

New products in the market

The tuxedo is one piece of outfit that will never go out of style, and no one knows it better than designer brand Alexander McQueen.

If there's one thing Americans do well, it's party! The top three places they go to unwind.

Events, festivals lined up around the world this December -

With proper accompaniments and the right company, wine tasting can turn a long afternoon into an entertaining one. Host a wine tasting party, and spread the joy.

The Art of Pouring Beer

The glass should lie flat when it becomes full, with about one-and-a-half inch of head at the top. Wait a few seconds for the head to settle before drinking.

David Robertson of Dalmore tells you how to make the best of your whisky investment without slipping into the drink.

Featuring a core filled with a non-toxic gel that chills it inside out, these whisky stones can keep your drink cold for three to five hours after being kept in the freezer just for an hour.

On a Glenfiddich high

What good is the tastiest of food if you don't have a glass of exquisite whisky to wash it down with?

The new winter menu at Olive Bar and Kitchen, Mehrauli will stir your taste buds and satiate your soul!

What's in a suit?

The suit, over the years, has evolved into a symbol of affluence and style in its own right, even as styles changed rapidly.

Fly the skies in style

'Vianar ventured into real estate to fill a void'

One of the latest entrants on the real estate scene, Vianar Constructions has set its base in Goa. BT More catches up with its Managing Partner Varun Nagpal.

In an exclusive conversation, the team behind Pezalli Pvt Ltd talk about all things bespoke!

A meal in Hollywood

Expect movie glitz and glamour and some striking food and flavors at The California Boulevard!

Countdown to Comic Con: The Very Best in Graphic Novels

The 4th Annual Indian Comic Convention will be held from February 7 to 9 at the Thyagraj Stadium in INA Delhi.

A glimpse into Cattier champagne's legacy

The man behind the brand leads us through a virtual tour of its creation.