These states have the highest farmer suicide rates 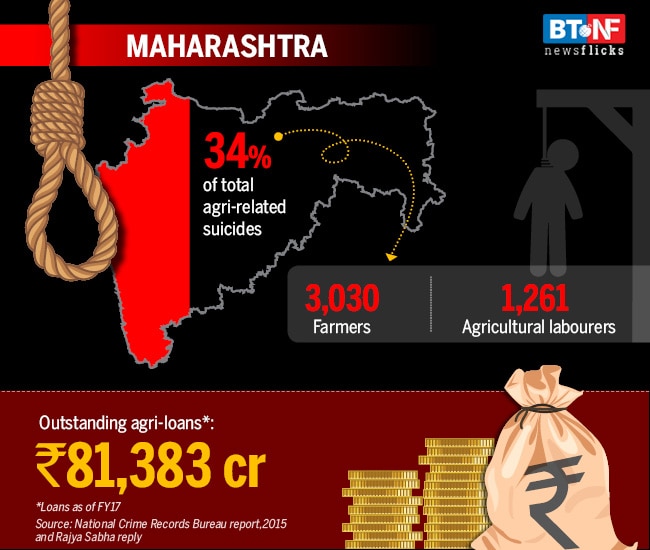 2 of 10
<PREVIOUS
|
Next>
Maharashtra accounts for the highest estimated number of suicides committed by farmers. As per National Crime Records Bureau (NCRB), in 2015 alone 4,291 agricultural related suicides were reported in the state. Maharashtra accounted for 34 per cent of the total agri-related suicide deaths in the country. This includes 3,030 farmers and 1,261 agricultural labourers. As per Government statistics, Rs 81,383 crore of agricultural loans were outstanding in the state of Maharashtra in FY17.