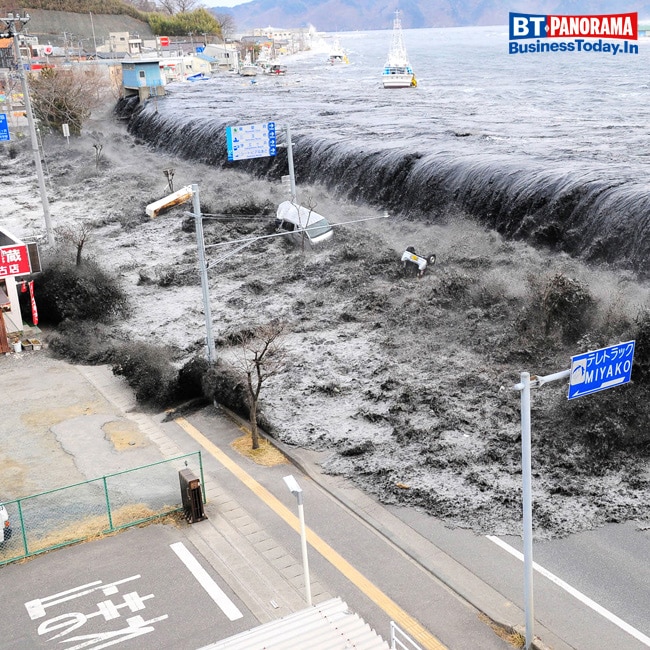 Almost 10m-high waves, speeding at 800 km per hour, swept over the east coast of Japan on March 11, 2011, killing more than 18,000 people. The Tsunami was triggered by a 9.0 magnitude earthquake, the fourth-largest earthquake ever recorded. Around 452,000 people were relocated to shelters and the event was declared as a nuclear emergency due to the Fukushima Daiichi nuclear power plant leaking radioactive steam. A damage of $235 billion was incurred.