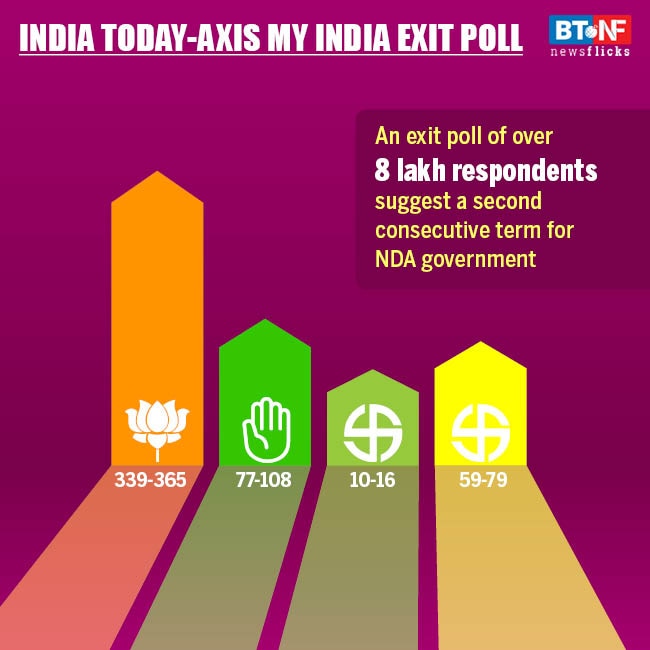 1 of 15
Next>
As per India Today-Axis My India Exit Poll, the Bharatiya Janata Party (BJP)-led NDA will win around 339-365 seats, while the Congress party will be reduced to 77-108 seats. The sample size for IndiaToday-AxisMyIndia post-poll survey is close to over 8 lakh respondents, which is 20 times bigger than the 2014 exit polls and bigger than any other survey.